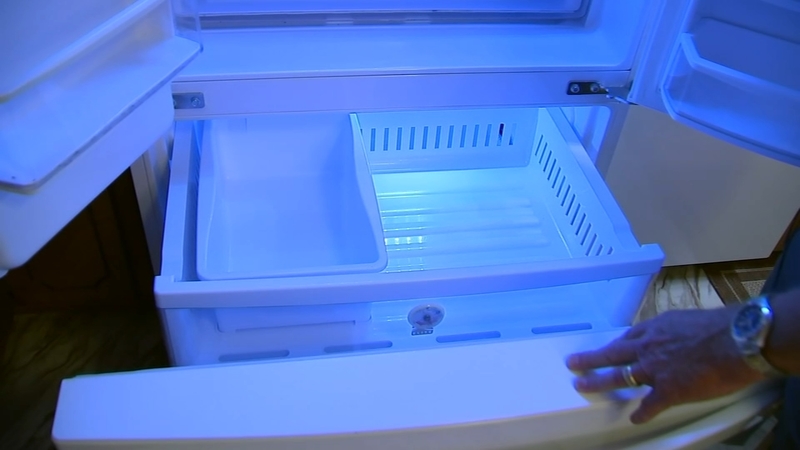 The COVID-19 pandemic continues to impact repairs when it comes to broken appliances, as delays in getting parts and even new orders are causing big frustrations for homeowners.

"I was at the point I just threw my hands up," homeowner Clay Ayers said.

Che-Von Stone said she was feeling the same frustrations.

"I can't tell you how many agents I spoke with and how many times they were going to escalate, and finally I said I can't do this anymore."

Both of these homeowners are Sears's customers waiting for action after their refrigerators stopped working. Ayers said the issue for him involved keeping his refrigerator cool.

"I struggled ever since February trying to keep a temperature, and it wouldn't properly make ice."

Ayers has a warranty with Sears so his repair was covered. While a technician did come out and replace the compressor, the fix didn't last long and he was back to calling Sears.

While he waited for a repair he had to rely on a refrigerator he's had since 1947.

To make matters even worse, Ayers said scheduling a repair appointment with Sears has been a nightmare.

"I have scheduled seven appointments with Sears and four of those have been no shows. It's just been really frustrating," Ayers explained.

Che-Von Stone knows those frustrations all too well. Her refrigerator, which is less than one year old, stopped working in May, and Sears sent a technician out. Instead of fixing it, a replacement was authorized and scheduled to arrive May 21st.

"I can go two weeks; I'll be fine," she recalls thinking to herself. "I'll use a college dorm little refrigerator. It's not the end of the world."

However, May 21st quickly turned into July.

"I won't have use of my refrigerator for two months?! This is not OK. In the meantime, I've had to purchase a brand new refrigerator, so I paid $3,000 at this point for two refrigerators--one which doesn't work--so I'm out $1,500 which is not a small amount of money," she said.
Both Stone and Ayers got in touch with Troubleshooter Diane Wilson. Wilson provided Sears with information on their cases along with another case involving a Sear's customer. A Sear's representative worked with all customers and got resolutions.

"You guys at ABC11 Troubleshooter did in less than a week what I've been trying to do in the last five months, and I thank you guys so much," Ayers said.

Ayers is happy with the resolution after he got a check to buy a new refrigerator. Stone also is happy as Sear's picked up her broken refrigerator and refunded her for it.

A representative with Sears said, "At Sears, the satisfaction of our members and customers is our top priority. While the pandemic has caused a strain on the global supply chain for products and parts, we are pleased to have addressed the concerns of these customers to their satisfaction."
Report a correction or typo
Related topics:
home & gardenncabc11 troubleshootercoronavirusappliancessears
Copyright © 2022 WTVD-TV. All Rights Reserved.
ABC11 TROUBLESHOOTER
Scam Alert: You will lose your AC if you don't pay up
Falling for this fake package delivery notification could cost you
Section 8 vouchers expiring before tenants can find homes
Woman paid $1,500 for Morgan Wallen concert but never got the tickets
TOP STORIES
Man accused of killing 9-year-old in Durham on trial in federal court
NC abortion legal battle looms amid standoff between AG and GOP
Why you should pay down your credit cards right now
FDA advisers recommend updated COVID booster shots for fall
Fort Bragg soldiers reunite with families after deployment
Fourth of July 2022 will cost families more this year
NC GOP unveils state budget; House backs Medicaid expansion path
Show More
2 Raleigh women shot while on business in California
Workers fired for not joining company's daily Christian prayer: EEOC
ACC changing scheduling model for football in '23 and beyond
Witness: Trump grabbed steering wheel, demanded to go to Capitol
Sheetz announces limited-time discount on gas ahead of July 4 holiday
More TOP STORIES News