Ethics or etiquette: Is it offensive to ask someone's COVID vaccination status? 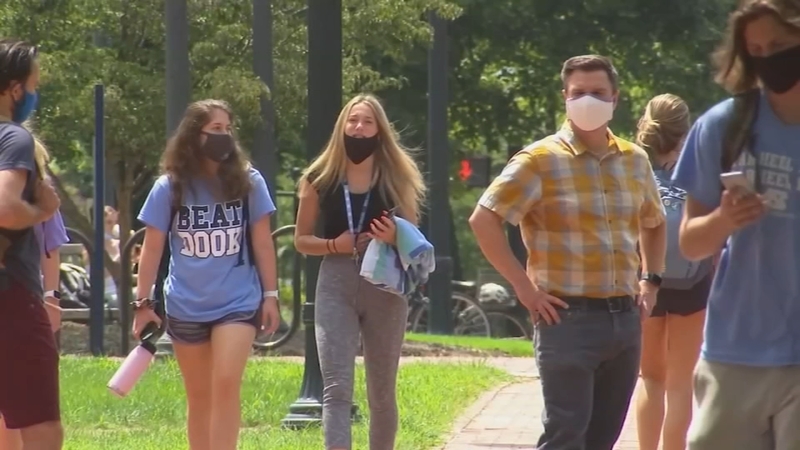 Ethics or etiquette: Is it OK to ask someone's vaccination status?

RALEIGH, N.C. (WTVD) -- With the Delta variant raging across the country the vaccination rate has picked up.

But the misinformation campaign about those vaccinations is still raging and for some, it's become controversial.

With that in mind, a major societal question looms: Is it okay to ask someone their vaccination status?

For example, she believes it is ethical for UNC as an institution to ask students if they're vaccinated. But what if a professor asks?

"Probably not okay for the professor to do that," Walker said. "But those are still both ethical questions. But if you go up to a person on the street and you say, 'Are you vaccinated?' That's very weird."

At Raleigh's Pullen Park, we explained to visitors that we were looking for comments on the topic from the vaccinated and unvaccinated.

Three who said they were vaccinated agreed to voice their opinion about asking someone else their vaccination status.

"If someone is coming into my house, for sure," said Elizabeth Hardy of Raleigh.

Laura Kimmey of Durham agreed saying, "If you're going to need to be inside with them then you can ask. But if you're just outside then probably I wouldn't."

"It affects my children. So, yeah, I think it's polite if you ask it in a polite way," said Raleigh mom Kelsey Yelle.

Clarence Pointe, who with his wife is here from Williamston visiting his grandchild, is also vaccinated.

But he said he doesn't think it's a good idea to ask someone else about their vaccination status.

"It's their business," he said, "A lot of folks can pose an uncomfortable problem for you if you're inquisitive about their personal decision."

Only four people were willing to say they were unvaccinated.

"I've had people like friends ask me and I've just told them, 'No, I don't believe in it.' And they're fine with that. They don't fall out with me over it. All my friends are vaccinated in America and in England. And some of my family. They all respect me. I respect them," said Sosia Narcisse of Raleigh.

Walker, the bioethicist, noted that in today's contentious vaccine environment, asking about vaccine status could be seen as offensive for reasons other than it being personal medical information.

She pointed out, however, that there may be some circumstances when it's most appropriate to ask.

Like when someone's vaccination status has a direct effect on you or a family member's health.

"If there's someone in the home who's medically vulnerable or if you've got children in the home who are unvaccinated, certainly the vaccine status of the person who comes to work in your home is relevant," Walker said.

But she warns you should also be willing to reveal your vaccination status because asking someone else is an invitation for them to also ask you.