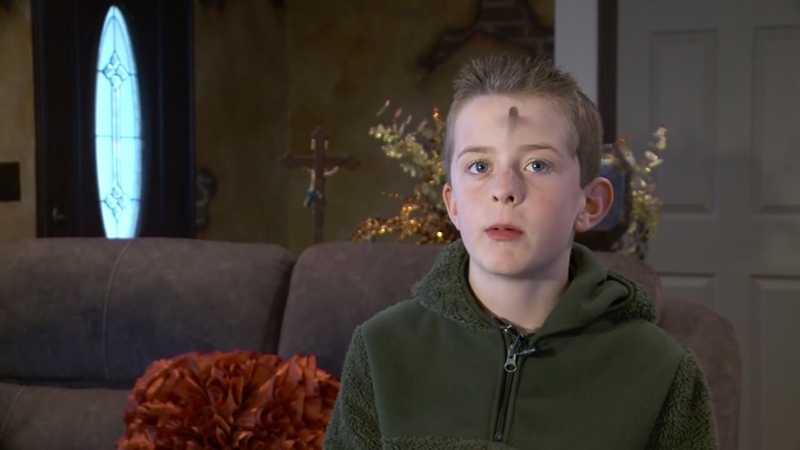 SALT LAKE CITY, UT (WTVD) -- A fourth grade teacher apologized and sent candy to her student after forcing him to wash off the ash cross on his forehead.

It happened Ash Wednesday at a public school north of Salt Lake City, Utah, according to KSTU.

The student, William McLeod said he was the only student wearing the ash cross in his class Wednesday. When his classmates asked him about it, he explained that he was Catholic and it was the first day of Lent.

He said he tried to explain the same thing to his teacher, but she forced him to wash it off his forehead.

"She took me aside and she said, 'You have to take it off,'" McLeod described. "She gave me a disinfection wipe - whatever they are called - and she made me wipe it off."

The school district apologized for what happened. A district spokesperson said students of all faiths should feel welcomed.

The district launched an investigation to figure out how and why the incident happened.

Meanwhile, the teacher wrote an apology letter and sent candy to McLeod.