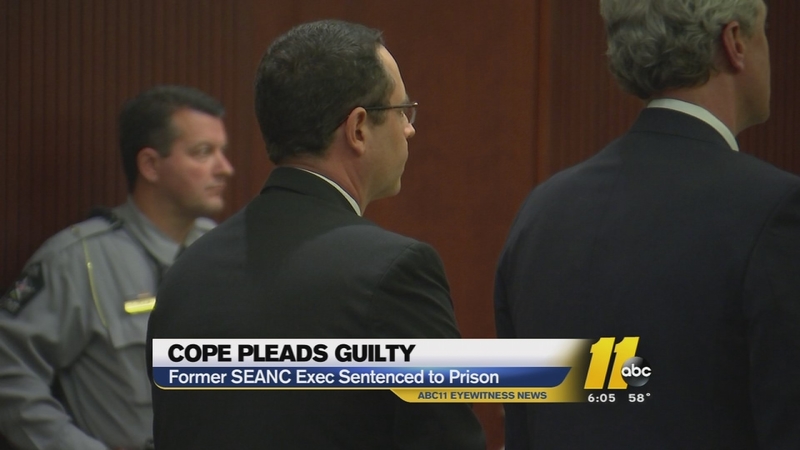 RALEIGH (WTVD) -- The former director of the State Employees Association of North Carolina was in court Tuesday to plead to charges he misused more than a half million dollars of the association's money.

Dana Cope, 46, agreed to a sentence of 58-82 months in prison in a deal with prosecutors. A judge accepted the agreement.

In court Tuesday, Cope said he accepts full responsibility for his actions.

"He accepted responsibility today but that's a lot of time for anybody especially if somebody has two young sons," said Roger Smith, Cope's attorney.

He reportedly converted $570,000 to his personal use for things that included landscaping at his home, electronics, clothing, and even eyebrow waxing.

Cope also rented pontoon boats. He got massages and a home theater system complete with sectional sofa. His annual salary was over 95,000. He and wife had a 6-night vacation in Bermuda.

"Did everybody just look the other way? Did everybody just lose their voice? Either by worshiping him or fearing him and stick their head in the sand or stick their head in the muck? How can an organization like this with a full time lawyer on staff let this happen?" said Judge Donald Stephens as he accepted the plea deal between Cope and the prosecution.

Cope resigned from his post back in February after heading up the State Employee Association for 15 years.