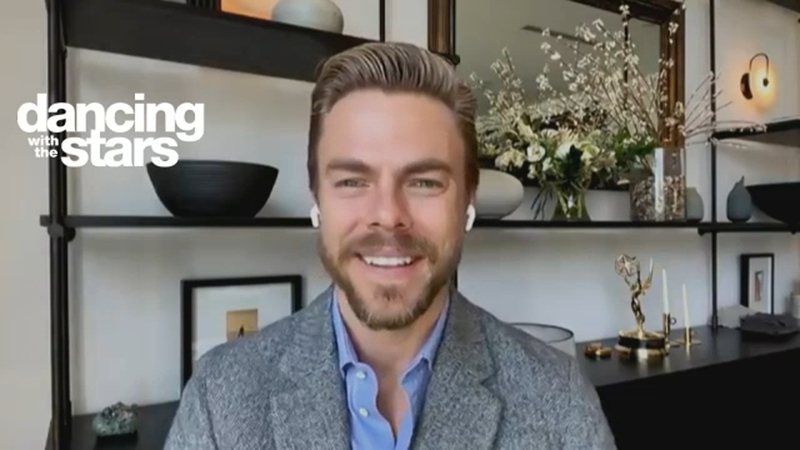 NEW YORK -- Derek Hough is back for his second season as a judge on "Dancing with the Stars."

His only concern? "I'm a little concerned about how much time we'll have to talk," Hough said, "Only because I already started with that last season, because I have so much to say, and I have so many notes, let's go through the list, but it's live television so we just have to keep it concise."

One thing viewers are sure to notice is how different Hough's preferences in dance are from Goodman's, he says.

"I'm about sort of breaking the rules and he's more about the rules," Hough said.

When it comes to the celebrity contestants, he said you can't really count anyone out as a frontrunner.

"You think this person, maybe this person might have a head start, or might be a top contender, and then the premiere happens and that all goes out the window," Hough said.

But there are a few contestants he's most excited to see dance in the big premiere.

"Mel C. I think she's just like pop royalty, and you know, I lived in the UK for 10 years and she's definitely British royalty, so I'm really looking forward to seeing her and I think JoJo Siwa is going to be fantastic and Suni Lee, and Matt James from 'The Bachelor,' there's a lot of good people and a lot of people I didn't mention here that are going to be absolute top contenders so we'll see," Hough said.
Tyra Banks also returns as host for a second season and Hough says he loves working with her.

"She's so kind, she's so gracious," he said. "I'm always looking forward to those legit walk-downs to the show, what outfit we got going on, what we are working with, it just sets the tone for the rest of the show."

Hough shared that fans will get a chance to see him perform a special dance this season, but he says it's still in the works.

He's staying ultra-busy between judging on "Dancing with the Stars" and his new Las Vegas residency.

Don't miss the big season 30 premiere of "Dancing with the Stars" this Monday, September 20th at 8 p.m. EDT on ABC!

The future of #DWTS just got even brighter. 🌟 See these stars in the ballroom MONDAY at 8/7c on ABC and Stream on Hulu! pic.twitter.com/Nl7VOIJ5kE

The cast of "Dancing with the Stars" season 30 includes a '90s heartthrob, a Spice Girl, popstar, country music star, and WWE champ, among others.