After loss to Burr, what's next for Deborah Ross? 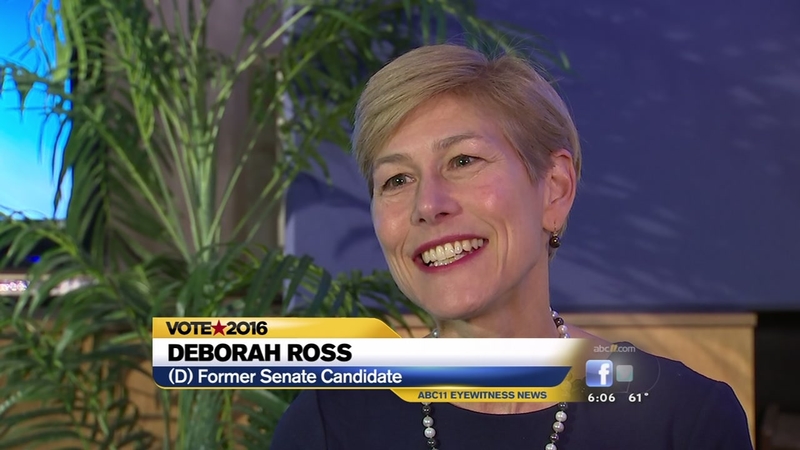 What's next for Deborah Ross

RALEIGH (WTVD) -- Raleigh lawyer and former state lawmaker Deborah Ross is hinting at future runs for political office after she was defeated Tuesday in her bid for U.S. Senate by incumbent Republican Richard Burr.

While she did not reveal specific plans, she told ABC11 she will continue to work for the people of North Carolina.

"We're going to get a little rest first and then look at options, but I've always cared about making this state and this country a better place and that commitment will not go away," she said.

Ross tried unsuccessfully to unseat Burr in one of the most closely watched and hotly contested Senate races in the country.

"I got more than 2 million votes and lots of friends out there, and, clearly, I'm going to have plenty of opportunities," Ross said.

Ross served in the state House for more than a decade. During her most recent campaign she ran as a "change" candidate, trying to paint Burr as a Washington "insider."

Ross said she still feels optimistic about the future of women in politics despite the outcome.

"The first Latina was elected in Nevada. The second African-American woman has been elected for the U.S. Senate. The second Asian woman has been elected, and these are younger women who are going to be there for a while, and that's going to change the face of the U.S. Senate," Ross said. "So, we may not have gotten that here in North Carolina, but this country is strong, it's diverse and it's supporting women at the highest levels and I think we should be proud of that."