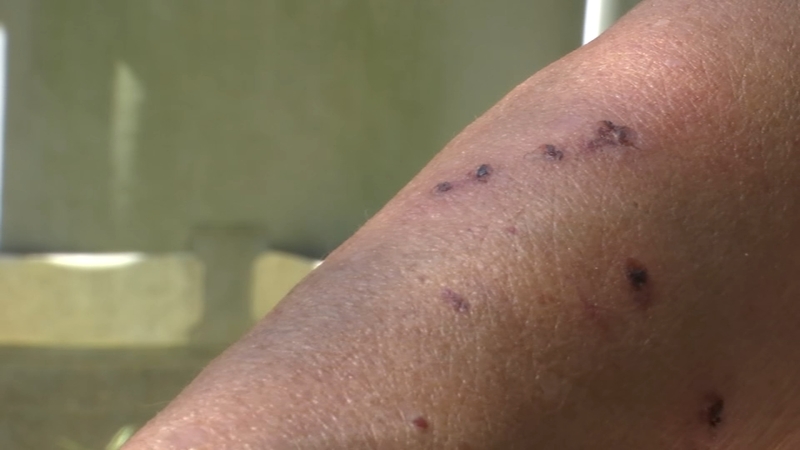 FAYETTEVILLE, N.C. (WTVD) -- A 19-month old boy is fighting for his life at UNC in Chapel Hill after being attacked by his grandmother's pit bull on Wednesday night.

According to Cumberland County officials, deputies arrived at the scene around 8:44 p.m. near Plantation Road and Stubbs Street.

ABC11 reached out to the grandmother, Rachel McDuffie, who spoke to us about the entire ordeal.

McDuffie says she was in the backyard with her grandson, Dominic Chance, around 8:30 p.m.

TONIGHT AT 5:30: A 19-month boy is recovering at @UNCMedCenter after being attacked by his grandmother's pit bull on Wednesday night. Hear the Fayetteville grandmother's terrifying account of that evening. @ABC11_WTVD pic.twitter.com/NAMroTf2y4

Moments later, she went back inside the house for a couple of minutes, before walking back outside to find her grandson pinned to the ground and wrapped in her seven year old pit bull's chain.

McDuffie rushed over to attempt to separate the two and stop the dog from biting Chase's neck.

A nearby neighbor rushed to help McDuffie get Chance away from the dog.

EMS arrived and rushed Chance to Cape Fear Valley Medical Center with bites on his face and neck.

He was later airlifted to UNC in Chapel Hill with life-threatening injuries.

McDuffie, on the other hand, suffered bite marks on her right forearm but chose to not go to the hospital because she was more concerned about Chance.

The Fayetteville grandmother decided to surrender her dog to the county to be euthanized.