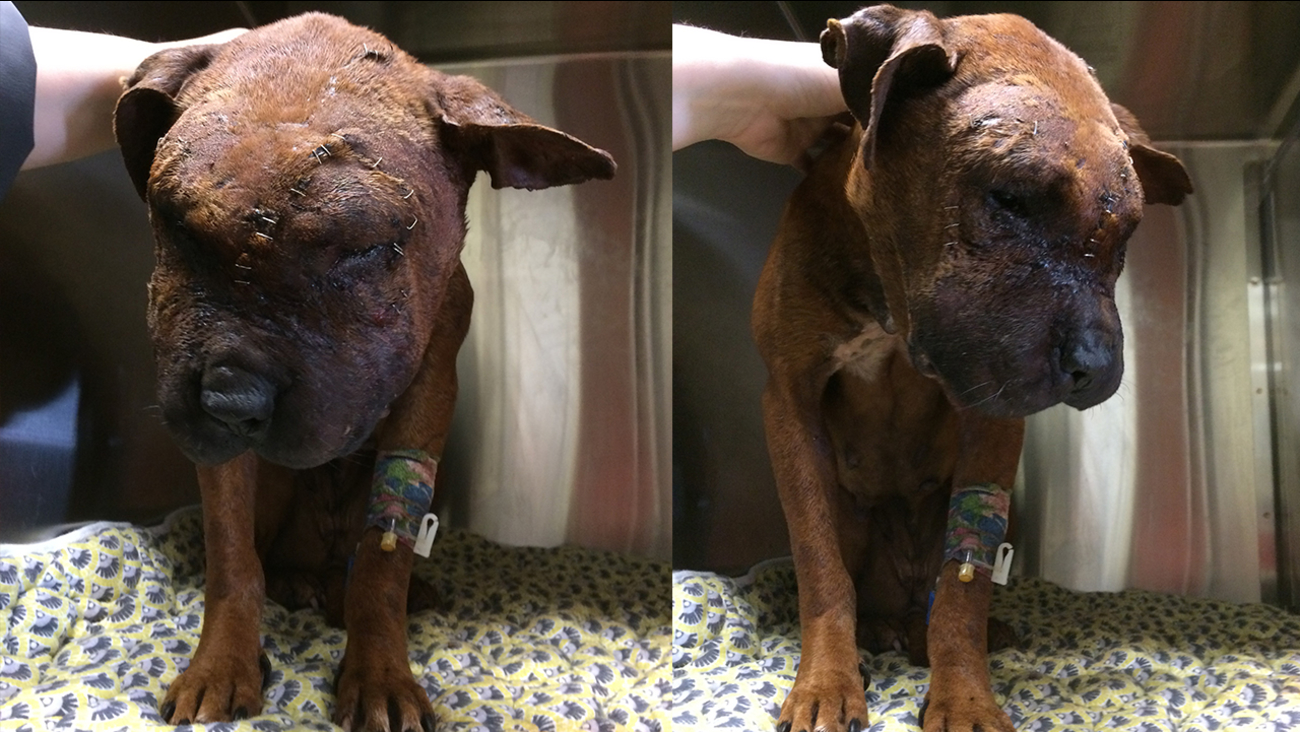 This puppy received 48 staples to the face and neck (Credit: Kinston Police Department)

KINSTON (WTVD) -- Two dogs are in the hospital and a Kinston man is behind bars following an alleged dogfighting ring.

On Saturday, police were called to the 400 block of Sherman Street around 11 p.m. after reports of a dogfight.

When officers arrived, they found two dogs injured on the property and a wooden built dogfighting ring.

Officials said as they approached the residence, a crowd of people fled to a nearby wooded area.

Hal Tyler Jr. was arrested and charged with felonious dogfighting; he was booked into the Lenoir County Detention Center under a $15,000 bond.

One of the dogs, which appears to be a puppy, was treated for injuries which included 48 staples to its face and neck. While the other was treated and turned over to the Lenoir County SPCA.

Luckily, officials said both dogs appear to be on pace for a full recovery.

Officers also seized three more dogs from the property. They were unharmed and are being held for safe-keeping.