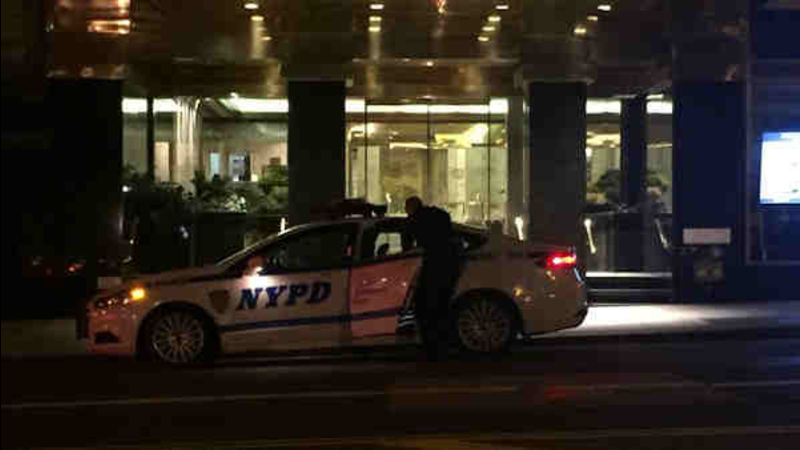 NEW YORK -- Police are investigating after a suspicious letter was sent to the son of Donald Trump at his New York City apartment.

"At approximately 7:15 pm, the NYPD responded to a residential building at 100 Central Park South to investigate a report of a suspicious letter received by a tenant. The letter has been removed and is being examined by law enforcement authorities. No injuries have been reported in connection with this incident," the New York City Police Department told ABC News.

The NYPD told ABC News that it responded to Trump Parc East on Central Park South. The letter was addressed to Donald Trump's son Eric Trump.

The Trump Organization source confirmed to ABC News that the letter was sent to Trump's 14th floor apartment. His wife, Lara, opened the letter and white powder fell out.

Trump security called the authorities upon discovery, prompting a large response by NYPD, FDNY and other agencies. A preliminary field test indicated the substance did not appear hazardous, but the envelope will be taken to a lab for additional testing.

Also on Thursday, the group "Anonymous" claimed it had hacked Donald Trump. Anonymous released what it claimed was Trump's Social Security number, his cell phone number, as well as his his birth date, children's names, and company address.

Trump's campaign issued a statement to ABC: "The government and law enforcement authorities are seeking the arrest of the people responsible for attempting to illegally hack Mr. Trump's accounts and telephone information."

A government official confirmed to ABC News that federal authorities are investigating.