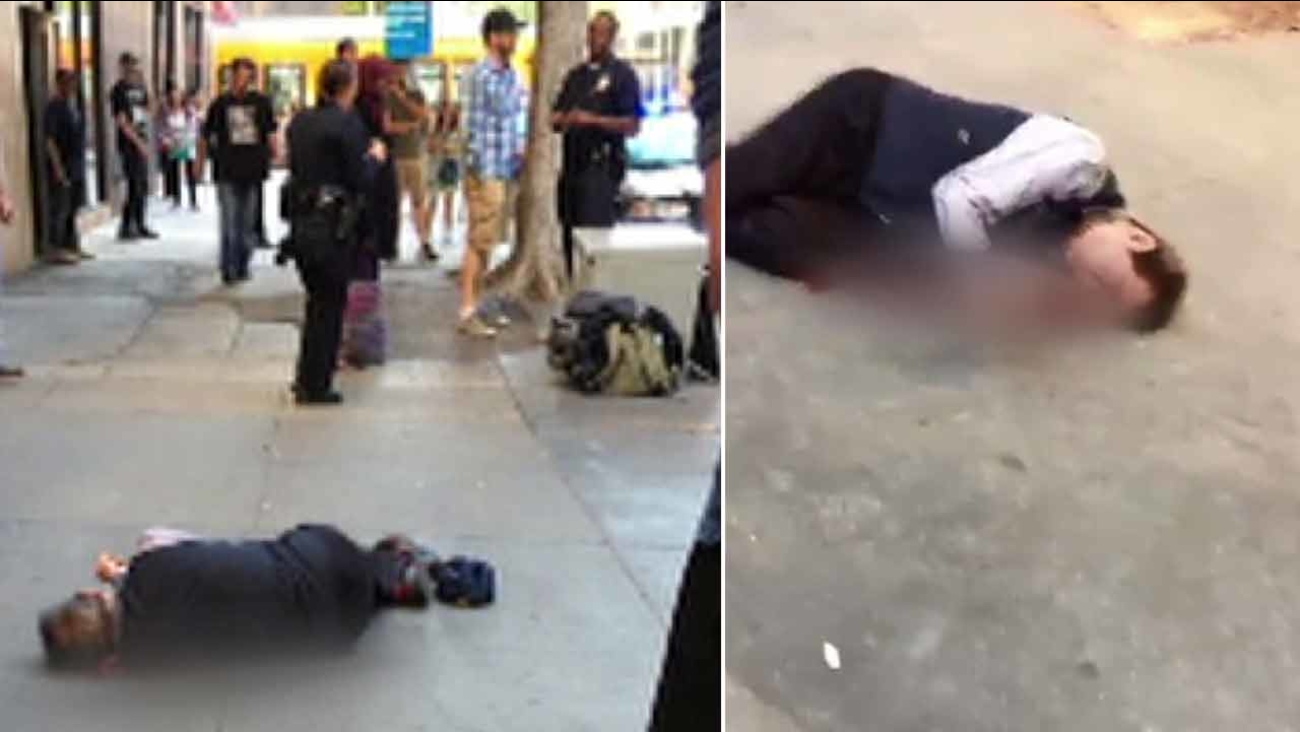 LOS ANGELES -- An elderly man who was brutally beaten in broad daylight in downtown Los Angeles earlier in April has died, according to Los Angeles police.