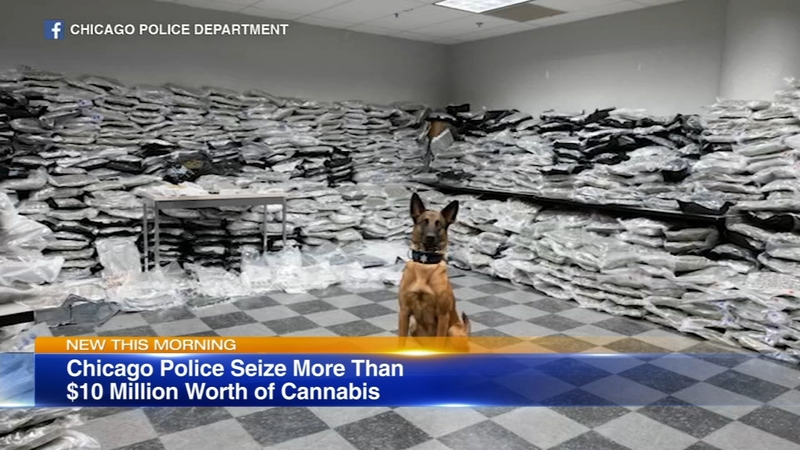 Officers with the Chicago Police Department's Bureau of Organized Crime stopped a pickup truck just before 7 p.m. on June 21 in the 14200-block of Menard Avenue in south suburban Midlothian.

The traffic stop was part of a drug trafficking investigation.

A K-9 officer alerted police to the smell of drugs. Investigators said the drugs were allegedly being transported to Chicago from California.

The driver, 42-year-old Jason Tanner of Lakehead, Calif., was arrested and charged with possession of more than 5,000 grams of cannabis, which is a felony.