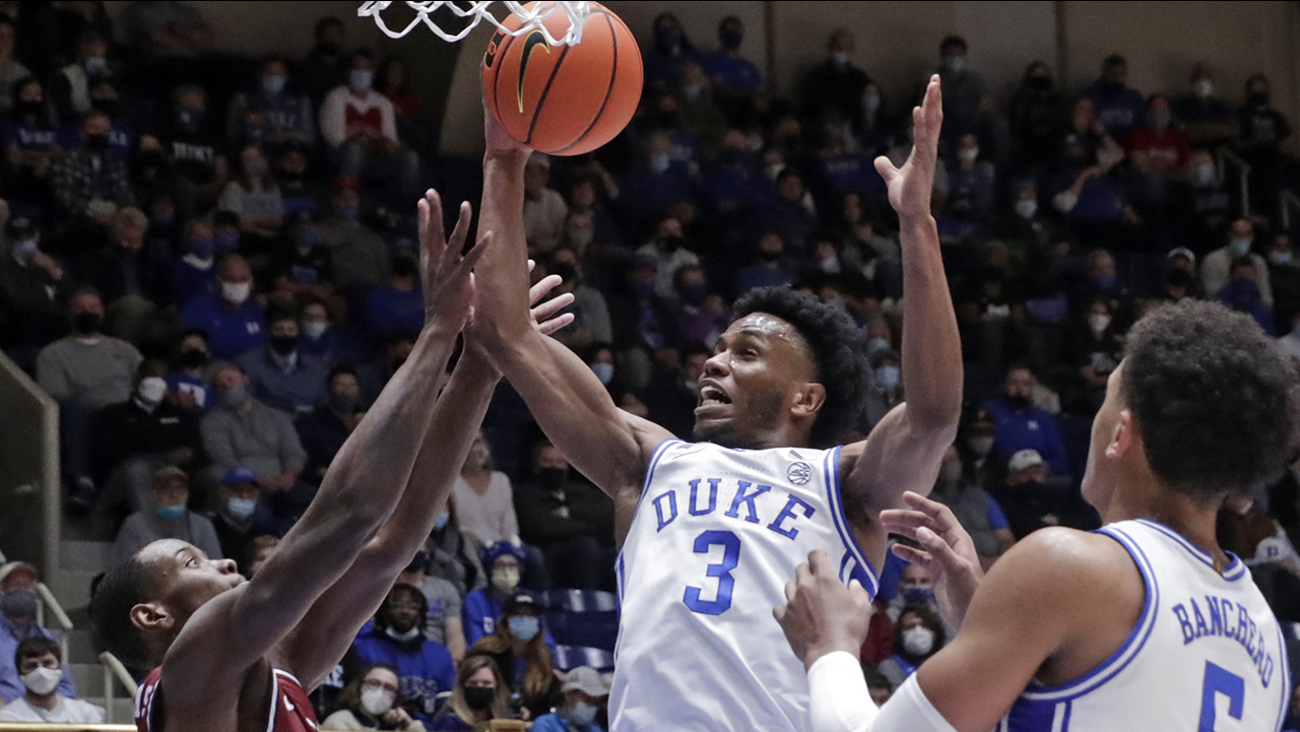 In 21 minutes of play off the bench, Griffin connected on 7 of 8 shots and tallied four rebounds and four assists. He was one of six Blue Devils to score in double digits. Trevor Keels had 14 points, Joey Baker scored 13 points, and Paolo Banchero had in 12 points, seven rebounds and six assists.


Wendell Moore Jr. scored 11 points and Mark Williams had 10 points and three blocks for Duke (8-1), which returned to the court after a two-week break for exams.

The game was tied at 6 before the Blue Devils embarked on a 29-8 run. Duke led by 33 points at halftime and increased its lead to as many as 47 points in the second half.

Edward Oliver-Hampton had 13 points, four rebounds and three steals to lead the Bulldogs (3-8).


The Blue Devils hadn't played since their loss to Ohio State on Nov. 30 but were able to shake off the rust and capture a convincing win. Duke remained sharp defensively, holding the Bulldogs to 4-of-20 shooting from 3-point range.