Duke Energy wants to pass coal-ash cleanup costs to you 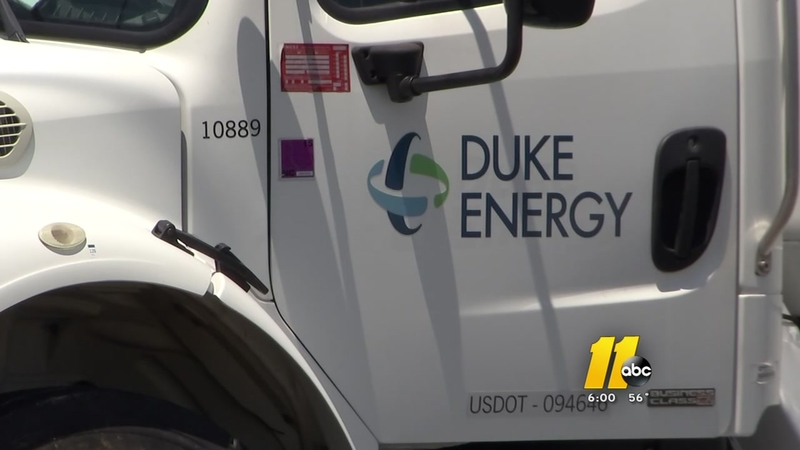 He spoke at the opening day of hearings before the North Carolina Utilities Commission on whether the company can raise power rates by an average 9.5 percent. Duke Energy Progress wants to charge North Carolina consumers an extra $305 million a year.

The hike would lead consumers paying an additional $11-$20 per month on their current bill.

"People are really concerned whether or not they'll be able to afford the type of rate increase the company is asking for," said AARP associate state director Steve Hahn. "We think Duke needs to be able to provide reliable services, but we feel it should be fair and reasonable ... the added service charge is something the company doesn't need."

The state's official utilities consumer advocate thinks the company shouldn't pass along nearly $200 million a year to clean up decades worth of potentially toxic coal ash.

"(The Dan River coal ash spill) was an unfortunate accident that did occur and we took responsibility for that and those costs will never be passed to consumers," said Duke Energy spokesperson Jeff Brooks. "We have to contrast that with the normal operations of providing power every day ... and those types of costs are typically costs that are included in customer bills."

Jim Warren with watchdog group NC Warn disagreed with Brooks and said he believes the company is planning to hurt the environment in their intent to use cleaner energy.

"Duke Energy is going head-on in the wrong direction, both in terms of the climate and the public health, and the economics of people's power bills," Warren told ABC11. "The people of North Carolina are not in a winning situation in this case."