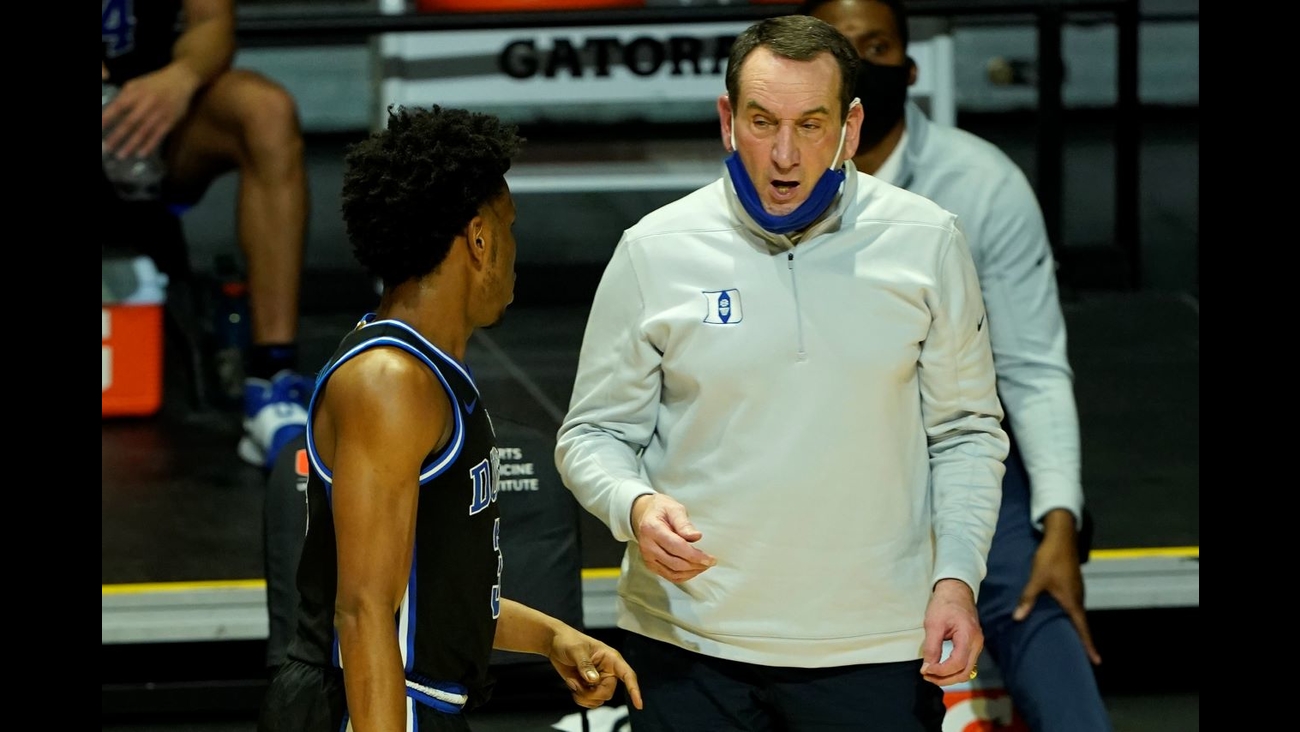 Hubb's long 3 with the shot clock winding down pushed the Fighting Irish to a 90-85 lead, their largest of the game. The Blue Devils twice got within three but no closer, with Wendell Moore Jr. missing a 3-pointer on Duke's final possession.

Notre Dame (8-10, 5-7 Atlantic Coast Conference) had lost seven straight games to Duke and 9 of 10 in Cameron Indoor Stadium. But the Fighting Irish shot 55%, made 11 of 25 3-pointers and 18 of 20 free throws - a strong all-around shooting performance that allowed them to overcome a 15-point first-half deficit.

Hubb finished with 15 points, one of five starters to score in double figures for Notre Dame, which won for the fifth time in seven games.

Moore finished with 24 points and matched his career-high with 10 rebounds for the Blue Devils (7-8, 5-6), who have suffered their second three-game skid since the start of 2021. Duke hadn't lost three in a row before this season since January 2016.

The Blue Devils were coming off Saturday's home loss to rival North Carolina and had lost five of seven overall. As with the UNC loss, Duke shot the ball well in this one at 52% while making 10 3-pointers, but the Blue Devils just couldn't contain the Fighting Irish's hot shooting behind Ryan.