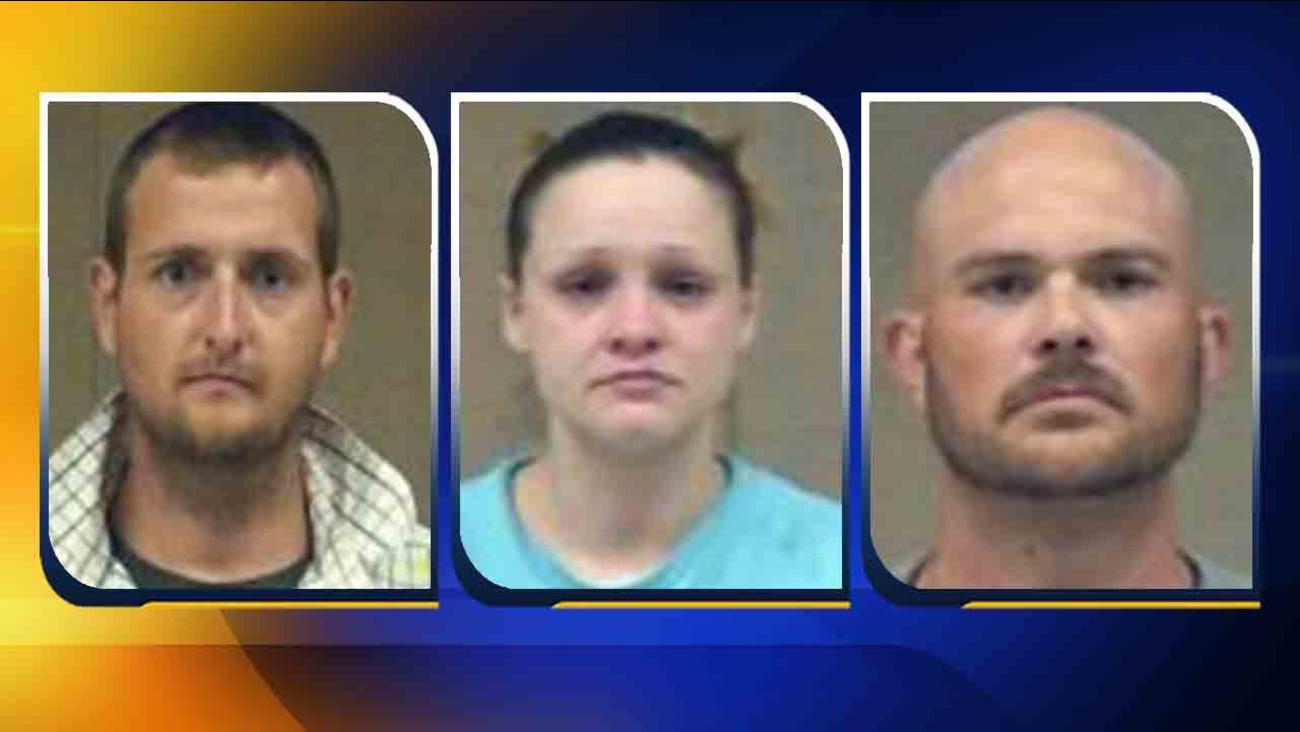 DUNN, NC -- Dunn police say a 4-month-old baby was found in a hotel room Sunday morning where a person was making meth.

On March 18 around 6:30 a.m. the Dunn Police Department was called to the Seven Day Inn at 700 E. Cumberland St. and were led to a room due to reports of a woman screaming and a baby crying.

They were met by Christopher Ray, who let officers into the room.

Police said the officers found a woman, Jessica Midyette, in the room with an infant.

The officers noticed a "strong chemical smell usually associated with the manufacturing of methamphetamine" inside the room.

Officers found another man in the bathroom, who was identified as William Wright.

Wright had several bottles of liquid with him in the bathroom, one which held a blue crystal-like substance. Narcotics units later confirmed there was a meth lab in the room.