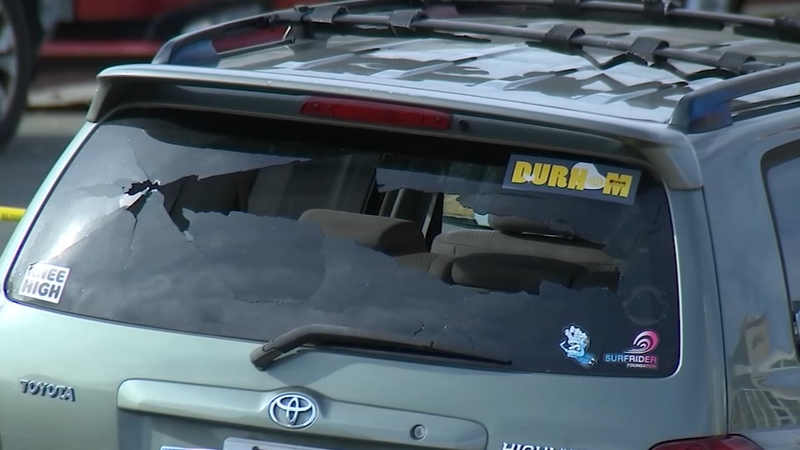 Cars shot up in different locations in Durham on Tuesday

At around 11 a.m. Durham Police Department said officers first responded to a vandalism call on Duke Street near West Chapel Hill Street. When the officers arrived, they learned that a woman's car was shot while she sat at a stop light.

The woman was not injured.

It was later determined that a dispute between two groups began after a court hearing.

Broken glass is what remains of one scene @DurhamPoliceNC is dealing with at this hour. It appears two cars might have been shot up or shot at considering there’s two shades of broken glass #abc11 pic.twitter.com/W1FOtBbUje

Then around 12:30 p.m. officers received information about another shooting. An unoccupied vehicle on Pettigrew Street near Durham Performing Arts Center had been shot.

Employees at Duke Memorial United Methodist Church said they went into lockdown mode when shots were first heard outside the church.

"From the windows, we as staff could see that a car had pulled into our parking lot. Four individuals were exiting the car and they wandered around our parking lot for a fair amount of time," Heather Rodrigues, pastor at the church. "As they wandered down our property, we followed them from inside the building filming with our cameras feeling pretty confident that this had something to do with the shots we heard.

"With our older students, it was an opportunity to talk about the fact that there are things in the world that are tough and not always safe and looking for the people in life you trust," she said.

Here’s another one of the scenes @DurhamPoliceNC is investigating. They say this car is stolen and was found unoccupied across the street from where a car was shot at. Lots to piece together tonight. #abc11 pic.twitter.com/yuPelHSwob

No injuries have been reported from any of these shootings.

"Though no one was injured in this senseless act of violence, we are angered and concerned about these bold and egregious acts in our City," police said.