Confusing lane markings on Durham Freeway to go away 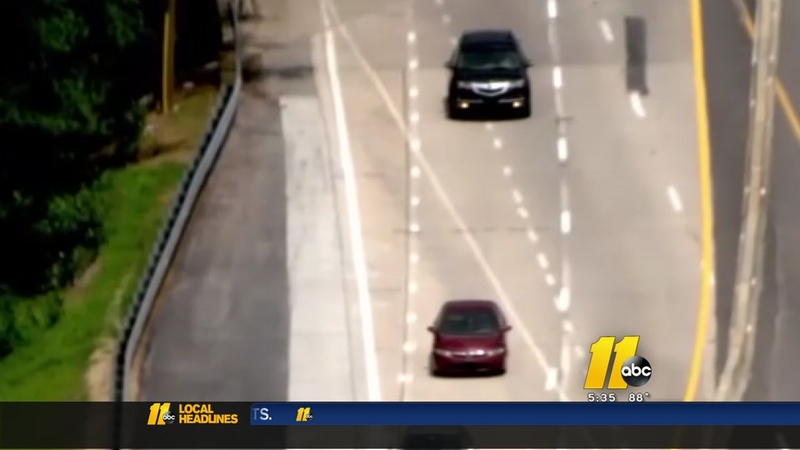 DURHAM, North Carolina (WTVD) -- On Tuesday night, confusing lane markings will be gone on the southbound Durham Freeway near the Briggs Avenue exit.

NCDOT will replace them after receiving complaints from drivers. Officials say more than a million vehicles have traveled down Highway 147 near Briggs Avenue, and when they did, drivers discovered old lane markings that also curve into new lane markings.

We showed these images to drivers such as James Robinson of Roxboro.

"It's kind of confusing when trying to figure out what is going on," Robinson said. "It's going to cause a sideswipe."

NCDOT created this lane shift three weeks ago, which led to the tangled lane markings. But officials so say far, there's only been one wreck since, and that was from a driver experiencing a mechanical issue.

The work to fix the lane markings will take place overnight starting at 10 p.m. Tuesday. No detour necessary.

The effort to improve this section of pavement is also part of the overall extension of the East End Connector.

The project will give drivers a better road map to travel nonstop between I-85 and I-40, the Triangle Expressway and to US-1 in southern Wake County.