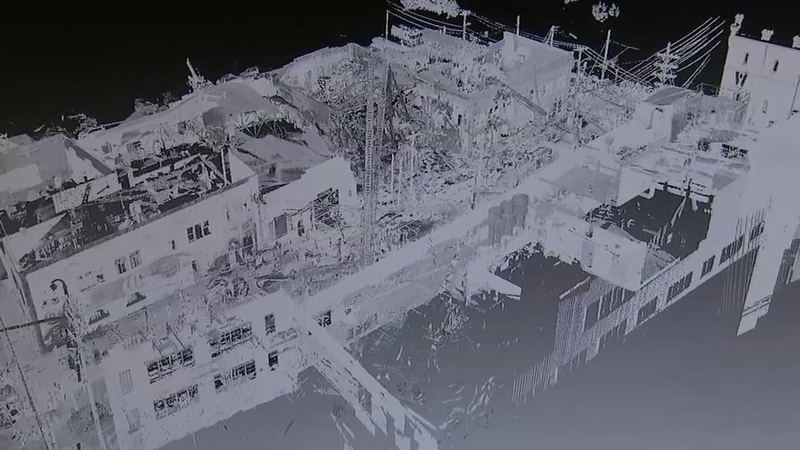 One hour after the blast, this device immediately scanned several locations around the destruction.

Each scan analyzes millions of points, which generate vivid images of the scene, according to DPD traffic crash investigator Jonathan Bell. He said the technology can measure the distance between objects and even revisit the aftermath.

"I can click on these marks and walk through the scene seamlessly. And see everything the way that it was when it happened," Bell said.

Although Faro is helping firefighters investigate their role and response to the explosion, DPD's primary use of the device is for traffic crashes.

"In any investigation it is important to document evidence as it is whenever it actually happens," Bell said.

That's because things change. Three months after the explosion, North Duke Street is open to vehicle and pedestrian traffic, though cleanup continues.

But the buildings impacted, for the most part, remain the same until property owners decide what's next.

Durham firefighters are expected to release a report on how they handled the emergency.