Durham residents: Where are the sidewalks? 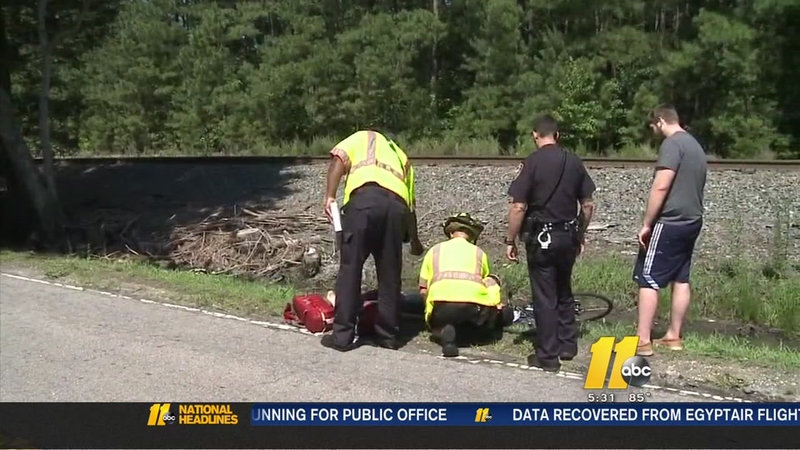 Where are the sidewalks?

DURHAM (WTVD) -- It's an image no parent ever wants to see - their child hit by a car while walking or riding a bicycle. Some East Durham residents say Wednesday's hit-and-run on Junction Road happened because the city lacks sidewalks and bike lanes for pedestrians.

The incident is just one example of why Fredrick Bronson refuses to let his son ride his bike along Hardee Street in Durham.

"I don't want him to get hurt," Bronson explained. "There's nobody riding their bicycle on this street. Nobody rides their bike here anymore. And if people walk, they walk in the ditch."

Ten years ago, the city of Durham began a strategy to improve hundreds of roads like Bronson's. In 2011, the list was revised. Bronson's street was ranked #20 in priority.

For Bronson, that ranking is unacceptable.

"Especially when you pay taxes for protection. We're not getting it!" Bronson exclaimed.

The feeling is mutual for Joshua Maiden, a Durham resident who walks every day to get around.

"If your only means of transportation is walking, Durham does not do a good job of providing safe ways for you to get to your destination," Maiden shared.

The city of Durham says they are working on the issue, though officials admit it takes time. Factors include citizen input, funding, approvals, and acquiring the land.

Roxboro Road, between Pacific and Murray streets, now has the funding and the design is complete. Some street locations have the funding, but the design process has yet to begin.

The city says it is in the process of streamlining the list to focus on the top 25 intersections and roads to receive major improvements with sidewalks and bike lanes.

The City admits they will not be able to improve the 235 roads on their list. That is why they are looking to citizens to fill out a survey and provide input on where city leaders should focus their improvements.

Next year, city leaders will present their recommendations to council. Council has about $15 million budgeted to address the selected roads.