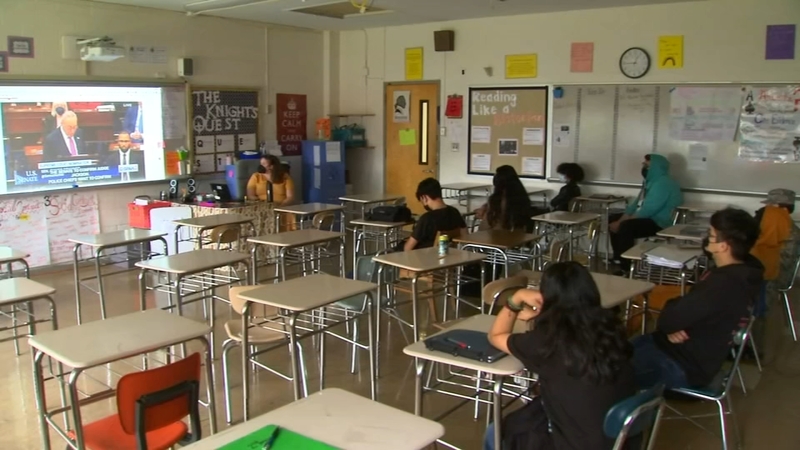 Jackson will become the first African American woman to serve on the bench.

"With history happening in the moment, it's really inspiring for students to understand that history is not just a bunch of old dead people that they have to memorize from the textbooks, but instead history is happening now," American History teacher Margaret Mary Mills-Thomason said.

Students took in the historic moment with their eyes glued to the screen.

"Yeah, I was thinking what if she didn't," sophomore student Janiya Nicholson said.

"Seeing the votes go up and down getting balanced and unbalanced," sophomore student Gavin Turrentine said.

As the votes are tallied up and things became official, President Joe Biden snapped a picture with Jackson.

Students at Northern High cheered as they witnessed history.

"It makes me think that I can actually achieve anything like she did if I just try and put my mind to it," Turrentine said.