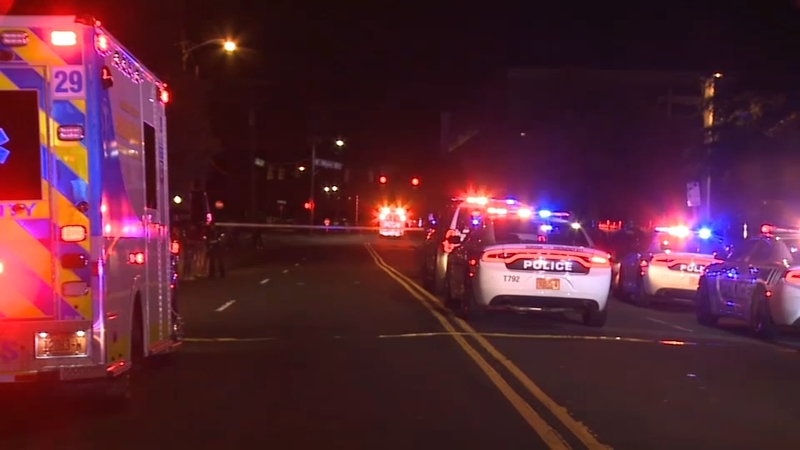 Shots ring out in Durham hours after stop the violence events

It happened shortly before 7:30 Saturday night, near the intersection of Angier Avenue and E. Main Street, which is a few blocks away from Durham Police Department. ABC11 is working on learning more about the incident.

Earlier Saturday, about 50 people gathered outside Shepherd's House United Methodist Church, near the scene of a deadly shooting on Tuesday. Zaeveon Tucker, 17, was shot and killed as he was crossing Driver Street around 2:00 in the afternoon.

"I am sick and tired of somebody being shot and killed. I listen to gunshots where I live every day. Aren't you tired of it? Aren't you tired of it. I've got four grandchildren I'm concerned about. I refused to allow them to get killed for this violence. We've got to do something everybody," Reverend Annette Love said.

The event was organized by the Religious Coalition for a Nonviolent Durham, a non-profit organization that Marion Bailey works with.

"You've got a community here that says they care," Bailey said.

Bailey speaks from experience; in 2015, her grandson Javaun Graves was shot and killed in Durham.

There was another event Saturday afternoon at 360 Barbershop on South Roxboro Street, also calling for end to gun violence.

The uptick in violence has reignited a debate over a decision by the City Council in June to reject the Durham Police Department's $1.2 million request for 18 more officers.

Council Member Mark-Anthony Middleton has encouraged Chief CJ Davis to resubmit her request for more officers, while also calling on the city to explore utilizing ShotSpotter, technology that uses sensors to detect gunfire.