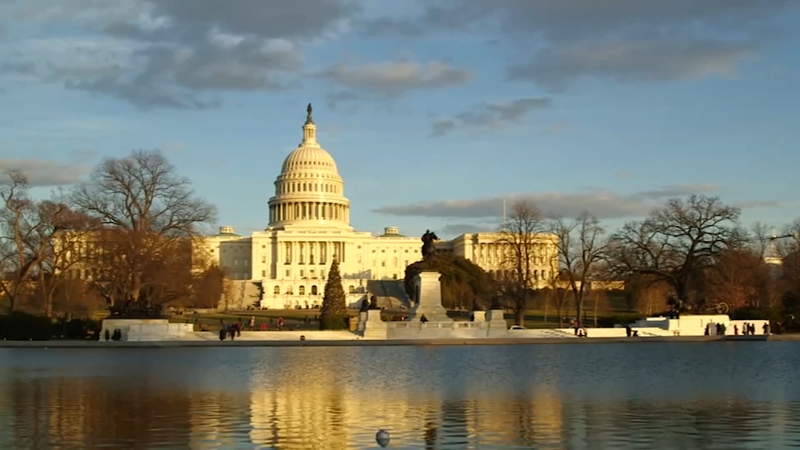 Title III, a federal funding bill that could provide $255 million dollars to STEM programs, is held up in Washington.

"Every dollar is crucial," says Ray Trapp, Director of External Affairs for North Carolina A&T State University. "Especially when you talk about HBCUs who have historically have had to fight for any resource allocation that we get to educate our students."

In September, the House passed the Future Act sponsored by Alma Adams and Mark Walker of North Carolina.

It provided $255 million for the next two years

The proposed funding would expand STEM programs held at HBCUs and other minority-serving institutions. And it addressed student loan debt.

This week, the Senators blocked the proposal. House Speaker Nancy Pelosi saying, "It is profoundly disappointing and deeply shameful."

But Senators with on the Senate education committee offered a different proposal: $255 million each year funded permanently, with provisions to simplify access to financial aid and increase Pell Grant for prisoners.

"The House proposal is based on a budget gimmick, which would make it difficult to pass the Senate and would create a new funding cliff for these colleges within a matter of months," said Senator Lamar Alexander of Tennesee .

Senator Richard Burr of North Carolina is on the Senate education committee and supports the proposal.

If congress doesn't act, HBCUs will have federal funding until Oct. 1 of next year.

"North Carolina Central University supports the immediate passage of the FUTURE Act that has provided critical funding to our university and nearly all Historically Black Colleges and Universities (HBCUs). HBCUs receives $85 million per year for the Mandatory Title III-Part F (of the Higher Education Act of 1965) - SAFRA Program. This fiscal year, NCCU received more than $1.3 million for the SAFRA Program. HBCUs across the country want to ensure this funding is passed so we continue to enhance our STEM and other academic programs."

"The Senate's decision not to fund the Futures Act for Minority Serving Institutions will mean less money for research and grants that could have helped St. Augustine's University students. Institutions like SAU rely on the grants and other funding at the federal level to sustain our programs. Without these funds our faculty and students will have fewer opportunities for the undergraduate research that is integral to their development as researchers in their field of study. "
Report a correction or typo
Related topics:
educationdurhameducationcollegeafrican americansnorth carolina newsnccu
Copyright © 2021 WTVD-TV. All Rights Reserved.
TOP STORIES
3 dead, 2 missing after group of tubers go over dam near NC-VA border
2 dead, 2 injured in Durham shooting, police say
Raleigh names Patterson as new police chief
Black real estate developer breaks ground on SE Raleigh business hub
NCBOE approves documents for controversial social studies standards
Restaurants begin dishing out 20 percent Living Wage Fee to customers
DOD issues rule on Stayskal Act, will pay claims of medical malpractice
Show More
Fort Bragg soldier killed, 2 others injured in traffic accident
Man duped into buying Jeep that had 100k more miles than advertised
Unruly passenger escorted off NC plane for refusing to wear mask
Biden signs bill to make Juneteenth a federal holiday
'Armed and dangerous' carjacking suspect on the loose
More TOP STORIES News