Here's how Pixar's 1st Black lead character came to be

From the barbershop where he gets his fade to the design of his facial features, the writers, creators and animators went to great lengths to make the film's protagonist, Joe Gardner, authentic.

And yet, when "Soul" was first pitched, Joe wasn't the movie's star. In fact, Joe wasn't even in it. Instead, it was the character 22, a soul residing in the film's "The Great Before."

"22 was kind of the main character, and the whole point of that first treatment was like, 22 didn't want to go to that stinky rock Earth, it just was not worth it. She didn't get it," said producer Dana Murray. "How do you prove to a soul that's never been to Earth or lived why life is worth living? We realized quickly, we need to come down to Earth. And that's when we came up with Joe."

Available for streaming on Disney+ on Christmas 2020, "Soul" is the first project from the studio to feature a Black lead, which is voiced by Jamie Foxx.

With a star-studded cast, including Angela Bassett, Daveed Diggs, Tina Fey, and Ahmir Khalib "Questlove" Thompson, the story revolves around Joe Gardner, a middle school band teacher with a passion for jazz.

"One of our cultural consultants Dr. Johnnetta Cole, she calls it Black improvisational music. We knew Joe had to be Black at that moment," said Murray. "At that point, we were like we need tons of help, and our first thing we did was find Kemp Powers."

As co-director and co-writer, Powers shaped Joe's character with his own life experiences as a Black man growing up in New York.

"As a creative person, it was a wonderful opportunity to bring as many of my personal experiences as possible into creating this character and the world of this character," said co-writer and co-director Kemp Powers. "But it wasn't just me. It was an opportunity for everyone involved to craft Joe and craft Joe's world."

Powers, Murray, and director Pete Docter also relied on Pixar's "Internal Culture Trust," a team of Black Pixar employees who consulted on the film to ensure authenticity in how the film portrayed Black characters and experiences.

This holiday season, everybody is finding new ways to safely connect with friends and family. In this exclusive clip, hear from Jamie Foxx, Tina Fey and others in the cast of Pixar's "Soul" about the role community plays in the film and in their lives.

Members of the Internal Culture Trust, including script coordinator Paige Johnstone and animator MontaQue Ruffin, viewed early iterations of the film and provided feedback to help develop characters' appearances and behavior, as well as key sequences like those set in the tailor shop and the barbershop.

"Joe Gardner is our first African American lead, and with that comes a community that is very much like one to one of mine," said Ruffin. He animated Libba Gardner's (Joe's mother) best friends seen in the tailor shop scenes. "They remind me so much of my own aunties," said Ruffin.

"I love the fact that working on this film with Pixar, we weren't asked to shy away from that authentic Black experience, from those authentic elements of Joe's life and Joe's culture," said Powers. "By not shying away from them, I think it even makes the story seem more universal."

While accurately animating the physical world, Pixar traversed uncharted territory by conceptualizing and creating a space where human souls live before they come to Earth, called "The Great Before."

Grammy-nominated musician Jon Batiste and Academy Award winners Trent Reznor and Atticus Ross created music to differentiate between the two spaces. "Building the contrast between these two worlds was such an important part of the distinction between them," said Murray.

"Out" is the latest short from Pixar's SparkShorts program and the first project from the studio to feature an LGBTQ lead.

After an unexpected twist of fate, Joe becomes a soul and enters "The Great Before" where he meets 22, a soul voiced by Tina Fey. They embark on a journey toward finding their purpose in life, and instead discover a valuable lesson. As the story unravels, its mission to spark soul searching amongst audiences becomes clear.

"With the year we've had, I think it's about looking at your life and looking at the time that you have on Earth, and making sure that you're living it presently, and enjoying the little things and looking at what matters most," said Murray. 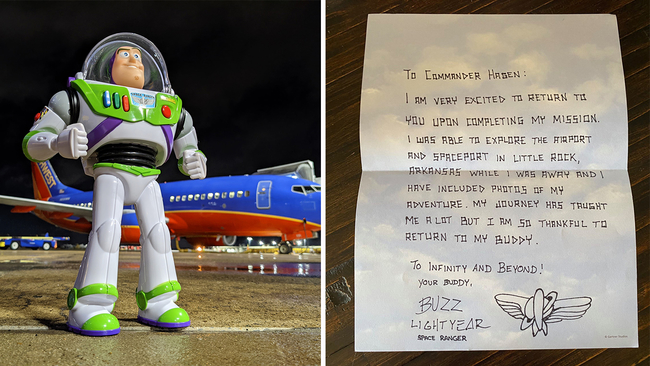