INFLUENCER: B2K is back! 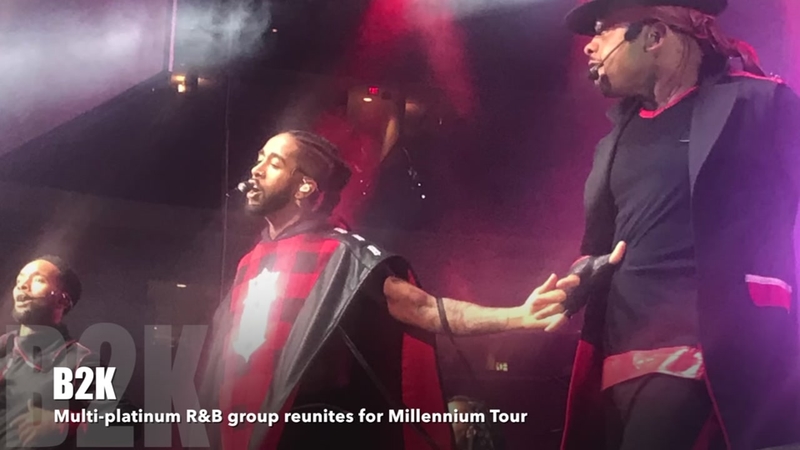 INFLUENCER: B2K is back!

RALEIGH (WTVD) -- "B2K, B2K, B2K" the chants roared louder and louder as mothers, daughters, and girlfriends filed into the PNC Arena for the highly anticipated return of one of the biggest boy bands in the history of R&B.

The multi-platinum R&B group B2K -- Omarion, Boog, Fizz, and Raz-B -- reunited this month for the first time since the critically acclaimed "Scream Tour" in 2005 prepared not to disappoint fans who have been championing their return since their sudden breakup.

Air Force Ones, Airbrushed T-shirts, Jersey Dresses and Du Rags all filled the arena Friday night as the PNC arena quickly turned into a 2005 time capsule for the long-awaited "Millennium Tour".

The high energetic tour kicked off with performances by Chingy, a St. Louis native who first rose to fame with his hit single, "Right Thurr" followed by performances by the high energetic Ying Yang Twins who both prepared the audience of thousands of screaming women for a night of R&B serenading by R&B heartthrobs: Mario, Bobby V, Lloyd, and Pretty Ricky.

As fans held onto their seats in fear of fainting at the sight of the boy band, B2K soon arrived on stage to ear piercing screams despite rumors that the boy band had broken up earlier this month.

The hearth-robs who all have barely aged (much like their audience) performed an array of chart-topping hits including: "Uh Huh", "Bump, Bump," and "Why I Love You." The band also surprised fans with a special nostalgic moment from their on-screen film "You Got Served".

It was a night to remember for fans across the Triangle and if you missed out on your chance at 2000 nostalgia, don't worry. The tour will make a special stop back to North Carolina on April 6, 2019. Get your tickets now at Ticketmaster.