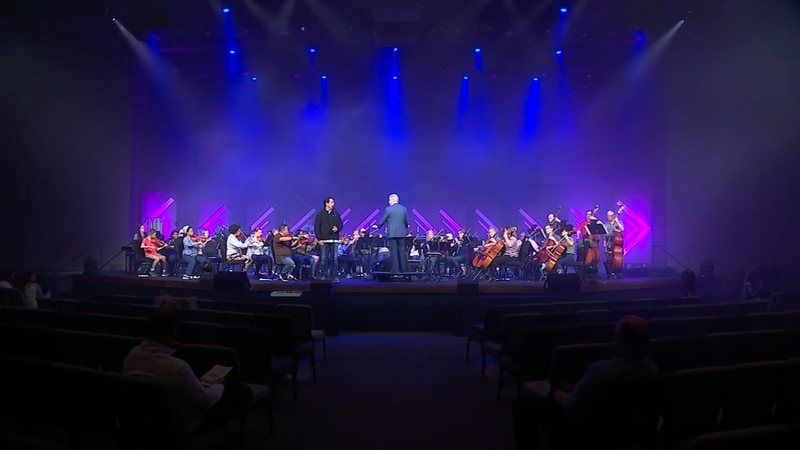 RALEIGH (WTVD) -- Want to experience great entertainment at a bargain price? The Raleigh Community Orchestra (RCO) may just be for you.

A ticket to see the orchestra will cost you only $10.

"To be able to have folks come out and hear music that they don't get to hear many other places for such a cheap, affordable rate, that was our goal when we formed this Community Orchestra back in July 2017," founding board member Geoff Kutch said.

RCO performs about three concerts a year. It plays traditional orchestral music - classics from the great masters, but it also plays patriotic music, sacred music, even fun pieces from Broadway and the movies. THe concert this past October included the iconic theme from Star Wars, and a cover of Adele's Skyfall fro the James Bond movie of the same name.

"It's wonderful music," Donna Swahlan, who plays oboe and English Horn for the RCO, said. "And we get to bring it to an audience that maybe doesn't get to hear it all the time. I can't say enough good things about it."

The non-profit orchestra began with just 45 members but has now grown to more than 80. The musicians range in age from early teens on up to seasoned artists in their 70s.

"We have a lot of amateur musicians," orchestra director and conductor Scott Gravley said. "And we have musicians you would say are on the professional level. So it gives these young kids a chance to play with somebody that really knows their instrument really well."

One of those young musicians is high school senior Holly Ficken, who plays the French horn.

"I've been playing with the RCO since the very beginning," she told ABC11. "The people are great, the music is really fun, and it's challenging. It's really helped me understand a commitment and putting in the practice and the rehearsals."

One unexpected aspect of the Raleigh Community Orchestra is that it has become a family affair. Twenty-five of the 81 members get to rehearse and perform alongside a family member. Vocalist Mark Celoria is one of them, getting to sing with his daughter Isabelle.

"She's a great student." he said. "She's a wonderful singer. Way better than Daddy was when I was 11!"

Want to hear these performers for yourself? You'll have to wait until March when they'll be in concert once again.