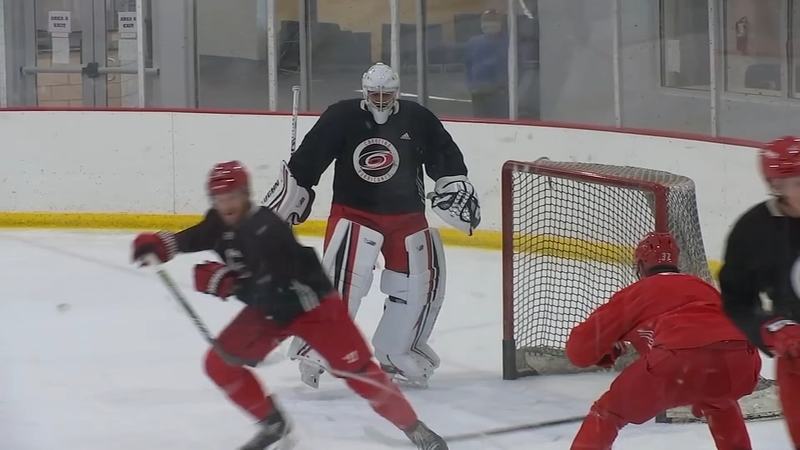 RALEIGH, N.C. (WTVD) -- Eric Tulsky began with the Carolina Hurricanes working in the shadows as a part timer back in 2014. That's when analytics was really just getting a foothold in the NHL. Today he was given the title of Assistant General Manager, a testament to the value he's brought to the team.

"We make a point of calling it the hockey information department instead of hockey analytics," Tulsky said Friday. "Ultimately, everything is information, right, whether it's information about what somebody saw when they're watching a game or what data we have recorded."

Tulsky is smarter than you (and me). With a physics and chemistry degree from Harvard, a doctorate from Berkeley and 12 years working in nanotechnology on his resume, you don't have to take my word for it either. For the last seven years, that intellect has been laser-focused on making the Hurricanes a smarter, more efficient and better hockey team.

"The department's job is to get any information we can and make it available to anyone who needs it. So whether that's coaches or scouts or development staff or management."

So why hockey, you might be wondering. Why would a man with 13 patents to his name dedicate himself to a game? The answer is both simple and complex.

A trio of changes in the #Canes Hockey Ops department, including promotions for Yorke, Tulskyhttps://t.co/YbvcAl4ZQp

"I think timing was a part of it, that it just happened to be sort of an interesting puzzle that was the right amount of challenge for it to be something I could get into," he said. "As far as why it's stuck, of course, I love the game. I've had a lot of fun. There's a lot of interesting work to be done."

There's also the challenge of knowing that there's still so much he doesn't know. While the science of hockey has advanced by leaps and bounds it is still in its infancy.