Erin Andrews reveals she had surgery for cervical cancer 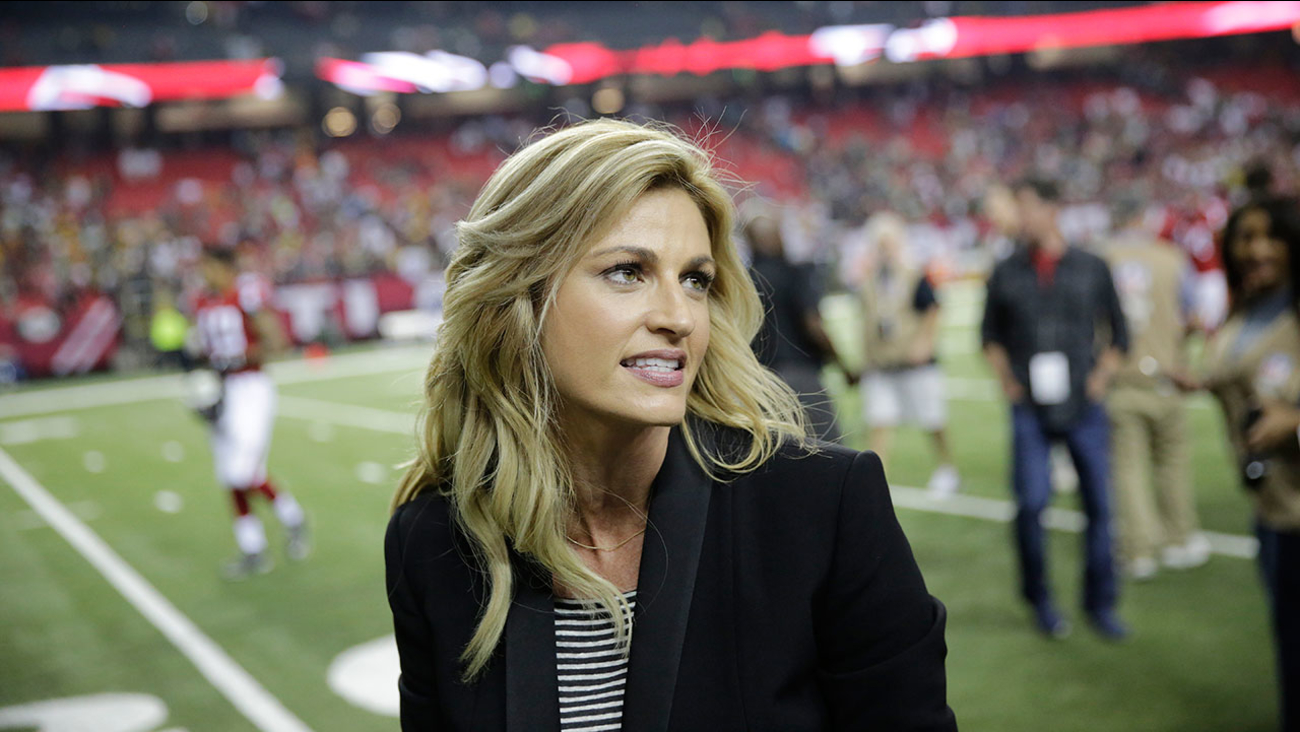 Erin Andrews after the second of an NFL football game on Oct. 30, 2016. (AP Photo/David Goldman)

LOS ANGELES -- Erin Andrews says she battled cervical cancer during the NFL season, months after winning a lawsuit against a stalker.

Before she was wheeled into the operating room, Andrews says she told her oncologist: "I'm not watching any football games at home. This is (Fox's) Super Bowl year, and I'm not missing the Super Bowl."

She was back on the sidelines five days later. She says her doctor didn't recommend a return to work so soon.

"Should I have been standing for a full game five days after surgery? Let's just say the doctor didn't recommend that," Andrews says. "But just as I felt during my trial, sports were my escape. I needed to be with my crew."

Andrews says she underwent a second procedure Nov. 1 and was told later that month radiation and chemotherapy would not be needed.

Andrews settled last year with two hotel companies that were found partially to blame for the stalker, who got a hotel room next to hers and posted nude video of her on the internet.

"After the trial everyone kept telling me, 'You're so strong, for going through all of this, for holding down a job in football, for being the only woman on the crew,'" Andrews says. "Finally I got to the point where I believed it too. 'Hey, I have cancer, but damn it, I am strong, and I can do this.'"