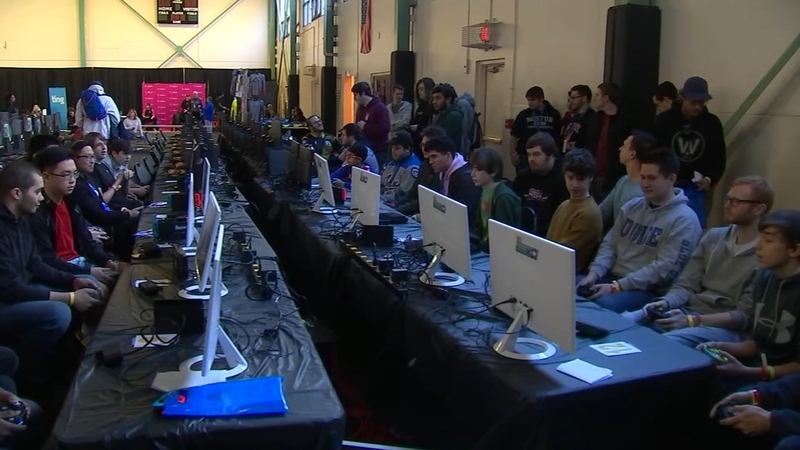 Lexi Heath of Greensboro is 13 years old. She's one of the many contestants looking to take home cash prizes in the Fortnite session of tournament play. She's entering the tournament with gold already under her belt after winning a Fornite tournament in her hometown.

"I think having that experience will give myself an advantage," Heath said. "I'm hoping that I can channel my energy in that way."

The tournament is more than just gaming-- it offers a glimpse to the future. Jatovi McDuffie is the executive director of the Triangle Esports Championships.

"That is the future," Jatovi McDuffie said. "It's coming regardless if we like computers or not. So technology being the future, gaming is a part of that."

The tournament also fosters inclusion for all.

"There's so many avenues and parts of gaming that people don't really notice," McDuffie said. "It helps the community in so many ways with little kids that they might think, 'Oh, I'm just a guy who sits by my corner,' well he can reach out to millions.You just have to know how and this is an avenue for them to learn how."

Organizers said approximately 500 gamers will compete over the course of the weekend.