Cooling centers open across Triangle as dangerous heat sets in 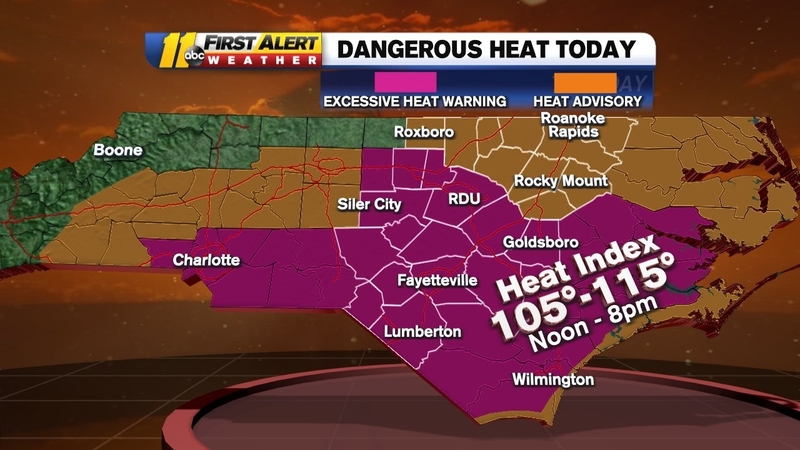 Cooling centers open across Triangle as dangerous heat sets in

WAKE COUNTY, N.C. (WTVD) -- Cities, towns and counties are helping people stay cool during the heat wave that has descended over the Triangle.

Temperatures soared over the region yesterday with RDU topping out at 99 degress, which just missed the record of 100 from 2002.

An excessive heat warning and heat advisory was issued at noon Tuesday but then cancelled by 3 p.m. because cloud cover in the region helped keep temperatures lower than expected. Still temperatures were dangerously hot topping out near 100 degrees.

Showers and storms along the Virginia line are helping to keep some areas cooler. Otherwise, hot and humid. Feeling like we are in the upper 90s to 100 so far this afternoon. pic.twitter.com/bWsF5xXXe8

The previous record heat on June 14 in Raleigh happened in 1944 when RDU recorded a temperature of 97 degrees.

People who can't make it to one of these cooling centers are advised to visit local libraries to stay cool.