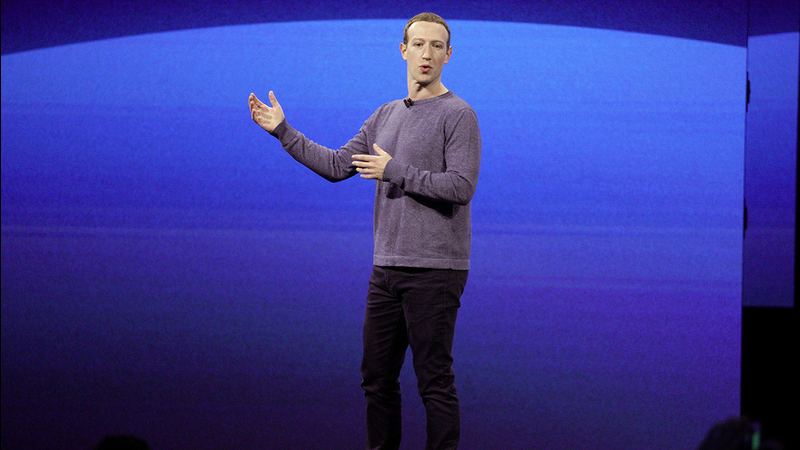 SAN JOSE, Calif. -- Mark Zuckerberg walked into rockstar-like applause as he gave the keynote address at F8, the annual Facebook developers conference. And then, he got right to the issue of privacy.

"Today we are going to talk about a privacy-focused social platform," Zuckerberg told the capacity crowd at the San Jose McEmery Convention Center in his opening line.

The billionaire CEO says he is not talking about new tools and gadgets, but a "complete overhaul" of the company. Zuckerberg says, "The future is private... and that's the next chapter for Facebook."

There are six areas they will focus on.

Private interactions are the first. Zuckerberg told the crowd that, "Privacy gives people the freedom to be themselves," adding that Facebook wants to create that sense of intimacy for users.

Another issue is around encryption. That includes end-to-end encryption that prevents anyone from seeing what people are sharing, including Facebook, so that conversation truly stay private.

The third is reducing permanence, or making it so that people don't have to worry about old posts coming back to haunt them.

Safety is another key area. Zuckerberg says Facebook will work to make sure users feel safe when using their products, which include Instagram, WhatsApp and Messenger. That leads to "interoperability," or users being able to communicate across all those platforms easily and securely.

The last deals with secure data storage such that data is protected from being improperly accessed.

Zuckerberg says he understands that Facebook doesn't have a strong reputation when it comes to privacy. But he told the audience that Facebook is "committed" to being "proactive" on these issues.

He also asks that users be patient. He says this is a massive undertaking that will take years to implement, and expect mishaps along the way.