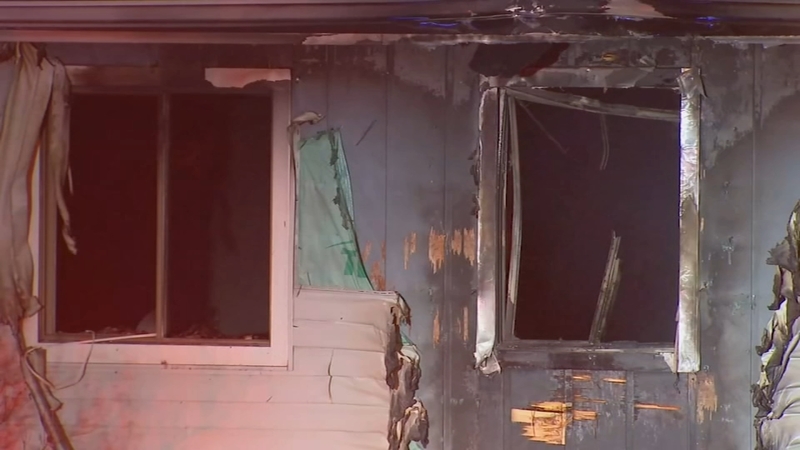 RALEIGH, N.C. (WTVD) -- Three people narrowly escaped and are left to mourn the loss of their loved ones when a condominium caught fire early Wednesday morning.
.

A grandmother and her grandchild were both killed in the fire at the Walden Woods Condominiums in northeast Raleigh.

Firefighters on the scene said a mother and infant were rescued from a balcony, as was another young child.

On Wednesday evening, there was melted siding, boarded-up windows and charring up the side of the unit.

In a preliminary report, Raleigh Fire Department said the cause of the fire was accidental but noted that the building did not have working sprinklers or smoke detectors.

Calls to 911 indicated that the fire started in the kitchen.

Neighbors said they woke up to the sounds of screaming. People ran outside to find the mother and baby on the burning third-floor balcony.

The mother jumped as flames were climbing the unit.

The family was renting the property and the property owner told ABC11 by telephone that he was at the rental unit just this past Saturday doing some maintenance work.

The owner confirmed that neither smoke detectors nor a sprinkler were in the unit and said that when the condominiums were built, they were not required.

However, according to state law, landlords are required to "provide operable smoke detectors."

Friddle said he himself experienced a fire at his unit about 12 years ago. He has since installed smoke detectors and said he can only wish they were at this condo.

"That would have made a huge difference here," Friddle said. "You never want to lose a neighbor, especially like this."

The victims' names have not been released.