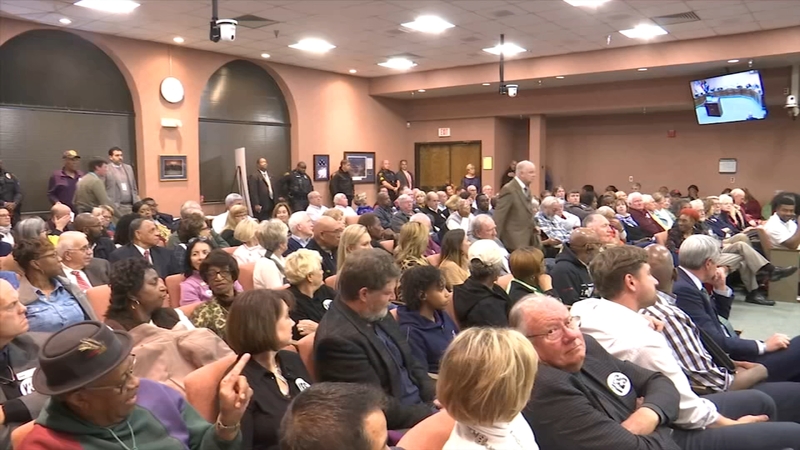 Once the chambers filled, the crowd spilled over into the lobby and small conference room.

Two women stood outside City Hall passing out black and white 'Yes' stickers in support of the museum.

Mac Healy, the president of the museum's board told city council the project will neither be a pro-Confederate museum nor house Confederate monuments. Instead, he spoke of it as an educational asset that could benefit the community.

Most of the 49 residents who signed up to speak expressed overwhelming support for a variety of reasons.

"Our aquarium has been shelved. Our riverfront development has suffered severe setbacks. Please don't allow this project to fall into the same uncompleted category," said supporter Stella Mullen.

"We get to reexamine these aspects of our history from a North Carolina perspective," said supporter Angel Roples.

"This is supposed to be a healing place and not supposed to be divisive. It's a transformational opportunity for our community that we cannot pass up," said Ralph Huff.

One of the few opponents who spoke argued the museum has no place in Fayetteville.

"This is the time of information and technology. We don't have to have a brick and mortar building. We can put this on DVD and sell this thing," said Straus Davis.