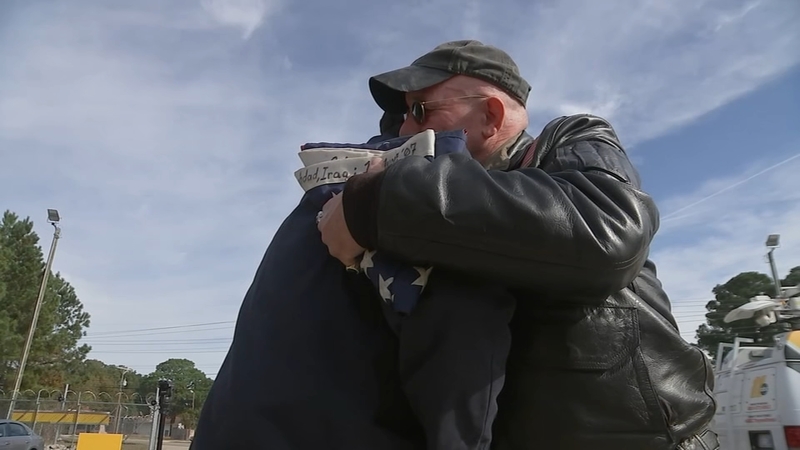 "It is unreal especially when you have only forty or fifty friends on Facebook," said Douglas Stone.

That's all Stone needed to help him track down the owner of a flag he found on Saturday afternoon.

"It was about half unfolded and as soon as I picked it up and grabbed it I seen the writing where it said Baghdad on it," said Stone.

Interestingly enough, one of the few pictures that Doug took at the Fayetteville Veterans Day Parade showed the flag and its owner.

After 15,000 shares, Douglas Stone had connected with a friend of Thomas Michael Blea who identified him as the owner of the flag.

"This is the American flag that I had erected in Baghdad," said Blea.

But during Saturday's Veterans Day Parade, it represented a patriot and a patriarch

"I tucked it under the backseat to honor my deceased father who was also a veteran of four conflicts," said Blea.

So while Blea may have briefly lost his flag, he gained a lifelong friend.

"He's not only a former brother in arms but this is an acquaintance of a brother that I've made from here on," said Blea.