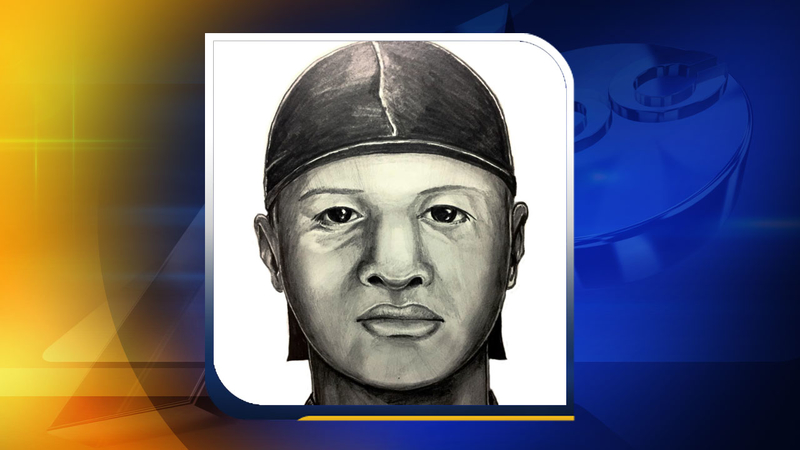 "He was a predator," said Fayetteville Police Lt. John Somerindyke. "He picked his prey very carefully. He did some prior recon obviously, you know as far as peeping into windows, seeing these ladies' routines. He was stalking them, he was a predator, he knew the routines, then he struck middle of the night early morning when nobody was up, and raped each of these women."

Officials said the suspect's DNA was recovered at several of the crime scenes and was put into the National DNA Database.

The suspect has been described as an African American man in his 20s (could be in his 30s now), with a slender to medium build, standing between 5'9" to 6' tall and weighing around 160 to 200 pounds.

Police said his hair was covered most of the time during the incidents, so he could possibly have shoulder length or slightly longer dreadlocks.

His face was also covered during several of the rapes, but he could have scruffy facial hair.

He was reportedly wearing a black do-rag, black jersey with a number in the 80s on the front, black shoes with three white stripes down the side, wearing a watch with a grey or white band, his face was covered with a bandanna or shirt.

Authorities said two of the victims stated the suspect smelled strongly of cigarettes.

One told police the suspect smelled bad, while another said he was intoxicated and smelled like Guinness Draught Beer.

Detectives have worked with the victims to compose the sketch above of the suspect.

April is Sexual Assault Awareness Month and detectives with the Fayetteville Police Department are hoping to solve this cold case.

Anyone with information concerning this sexual assault investigation or a sexual assault case more than five years old is asked to contact Detective J. Benazzi with the Fayetteville Police Department at (910) 257-3668 or Crimestoppers at (910) 483-TIPS (8477). You can also submit information to Crimestoppers by visiting http://fay-nccrimestoppers.org and completing the anonymous online tip sheet. Another option is by text-a-tip on your mobile device by sending a message to 274637. In the text box type "4Tip" followed by your message.