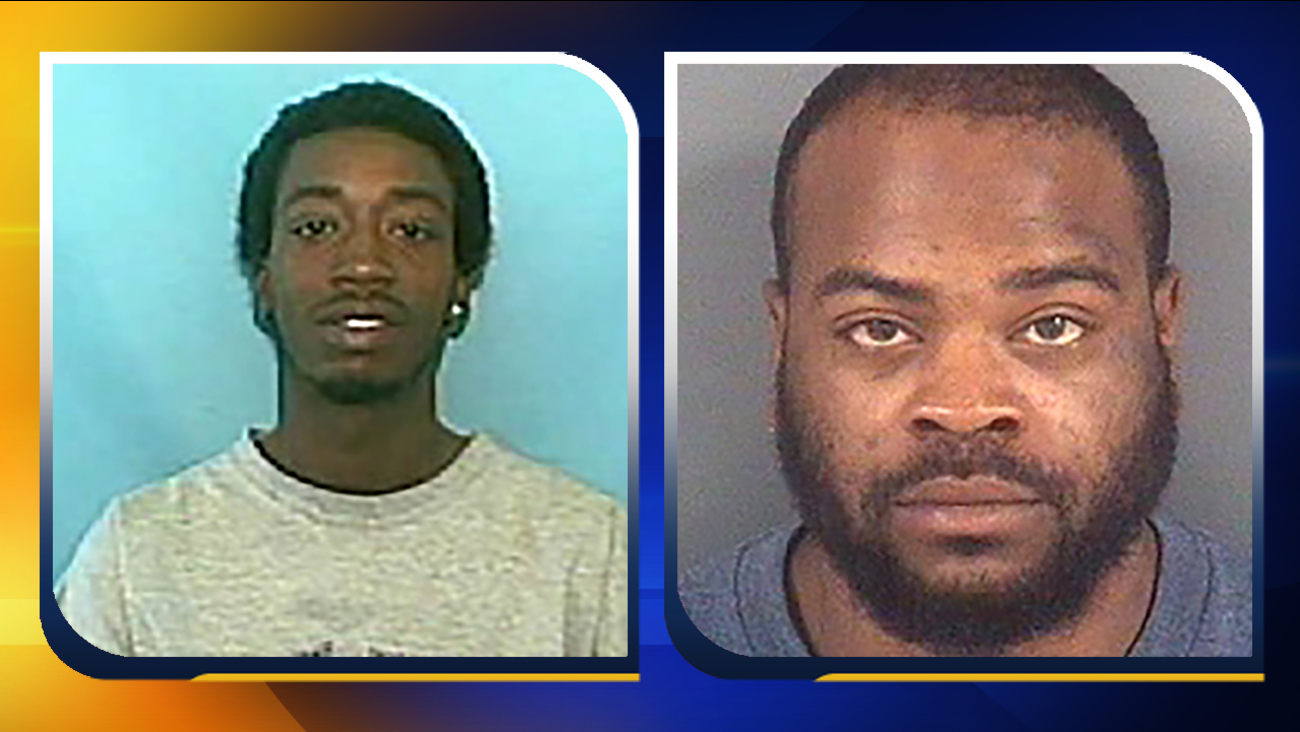 FAYETTEVILLE (WTVD) -- Two men have been charged in a fatal shooting in the 600 block of Ashbrook Court on Tuesday.

Antonio Dwayne Evans, 29, of the 6600 block of Amanda Circle, was arrested late Tuesday evening and charged with first-degree murder in the death of 22-year-old Marcus Andre Calhoun.

Officers found Calhoun, of Clayton, near the front door of an Ashbrook home after he was shot. Calhoun was taken to Cape Fear Valley Medical Center where he was pronounced dead.

Evans was detained in the 300 block of Locklear Street. He is being held at the Cumberland County Detention Center with no bond

Butler is not in custody, and police are asking for the public's help to find him.

Anyone with information regarding Butler's whereabouts, or other details about this case is asked to contact Detective J. Walker with the Fayetteville Police Department at (910) 237-9391 or Crimestoppers at (910) 483-TIPS (8477). Crimestoppers information can also be submitted online by completing the anonymous online tip sheet or by text-a-tip on your mobile device by sending a message to 274637 (in the text box type "4Tip" followed by your message).