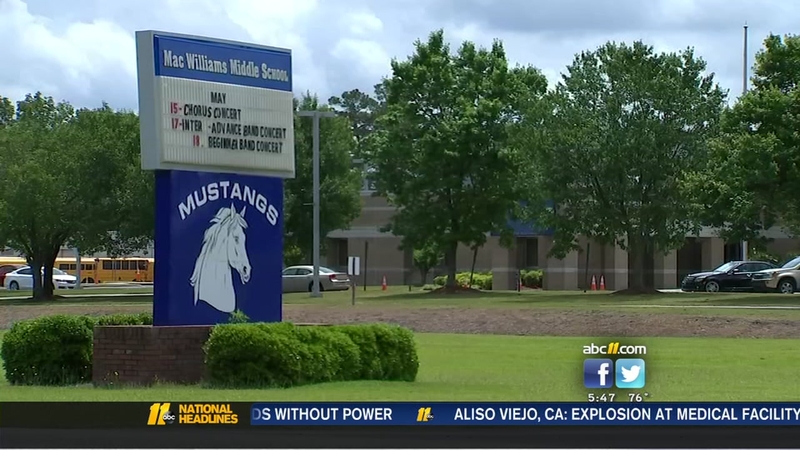 FAYETTEVILLE, NC (WTVD) -- A Cumberland County School teacher is suspended with pay amid allegations that he grabbed a student, spit in his face and called him the "n-word,"

A parent of a student at Mac Williams Middle School reached out to ABC11 about the matter.

She didn't want to be identified on camera but agreed to discuss what happened. She said the incident occurred on May 10 during an outdoor lesson in her seventh-grader's Agriculture class. During the class, the mom said several students began throwing dirt, but she said her son was the one disciplined.

"From my understanding, he walked up to my son, grabbed him by the arm and told him he wanted to smash his head into a brick and burn him on fire," the parent said.

The allegations get even worse.

"Called him the n-word and told him it's people like him that keeps him from doing his job," the mother said.

She went on to say it was tough to gauge how her 13-year-old was feeling, but she's certain what happened last week would stick with him forever.

Cumberland County Schools told ABC11 that the school system is "aware of the allegations and is investigating."