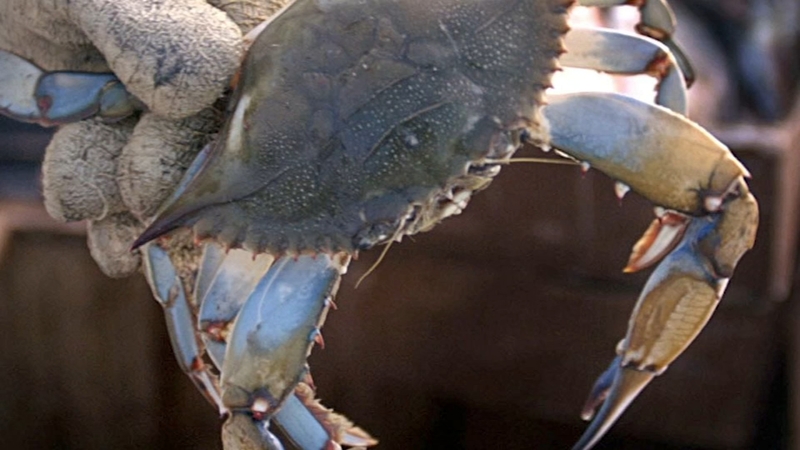 NEW BERN, N.C. (WTVD) -- A North Carolina man is heading to federal prison for one year after selling crabmeat he claimed came from local waters when it actually came from Asia and South America.

Philip R. Carawan pleaded guilty to falsely labeling $4 million worth of foreign crabmeat and his company, Capt. Neill's Seafood Inc. was given five years' probation and required to pay a $500,000 fine, according to federal prosecutors.

Carawan, of Columbia, on the Albermarle Sound, admitted to falsely labeling more than 179,000 pounds of crabmeat and selling it to wholesale membership clubs and other retailers.

Capt. Neill's crabmeat has also been sold at the North Carolina State Fair since 2004, according to a 2016 article by the North Carolina Department of Agriculture. The company's crab dip was voted "Best New Food" at the fair in 2016.

In the article, Capt. Neill's claimed its crabmeat was from the North Carolina coast and not foreign sources.

"Seafood mislabeling is consumer fraud that undermines efforts of hardworking, honest fisherman and the free market by devaluing the price of domestic seafood," said Acting U.S. Attorney General Norman Acker III for the Eastern District of North Carolina in a statement. "In this case, the fraudulent scheme artificially deflated the cost of domestic blue crab and gave Carawan an unacceptable economic advantage over law-abiding competitors."

Carawan also admitted that he and his company couldn't meet customer demand for domestic blue crab and he made up the difference by using crabmeat purchased from other countries, according to prosecutors.

He also admitted that as early as 2012, he had company workers repack foreign crabmeat into containers labeled "Product of USA."

"Individuals and companies who seek to profit from the fraudulent mislabeling of seafood harm American fishermen and consumers," said Assistant Attorney General Jeffrey Bossert Clark for the Justice Department's Environment and Natural Resources Division in a statement. "We are committed to working with our law enforcement partners to hold accountable those who engage in seafood fraud and mislabeling."