WTVD
By Morgan Norwood
RALEIGH, N.C. (WTVD) -- The North Carolina State Fair might be canceled, but this year's fair food frenzy at the fairgrounds is helping local vendors salvage the season.

The sights might be different--no rides, no crowds--but the scene of sizzling fair food still greets you at the fairgrounds.

But after the first few days of the fair food event. Chester's Gators and Tators started seeing its first gains of the year.

SEE ALSO: Get your fair-food fix at the NC State Fair Food Days

"Up until this point we've lost 100 percent of our income this year because of Coronavirus," Murray said. "I probably would say this was my saving grace. Yeah, we've been shut down all year long."

Murray is a Triangle native but he works at state fairs up and down the East Coast. Many of those were canceled too, so when the North Carolina State Fair announced its 2020 Fair Food event, he knew this was an opportunity he had to seize.

"Probably pretty par to last year's sales. With just 22 of us, obviously not getting the one million people like we normally do with the fair, it's all about proportion," Murray said.

"This will definitely help us get through the holidays," Comklin said.

So while the rides and thrills might've been canceled. This year's fair food event proves that if you grill or fry it, North Carolinians will find it.

"I come every year to the fair. I always get a turkey leg. I came earlier and it was a little long. So I came early to get my turkey leg and all of my little eats," Diane Marvin said.
Report a correction or typo
Related topics:
food & drinkraleighstate fairfoodnc state fair
Copyright © 2020 WTVD-TV. All Rights Reserved.
More Videos
From CNN Newsource affiliates
TOP STORIES 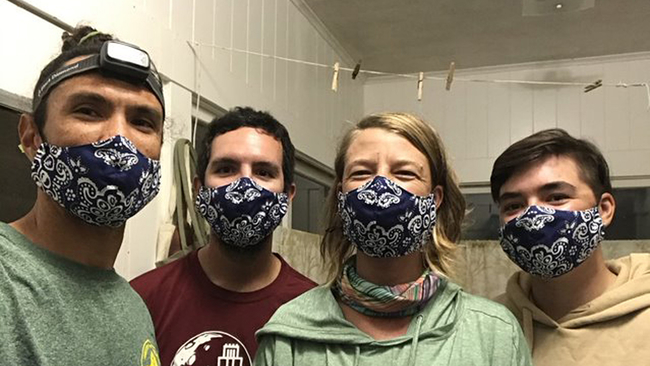