2 former Knightdale preschool employees charged with assault on a child 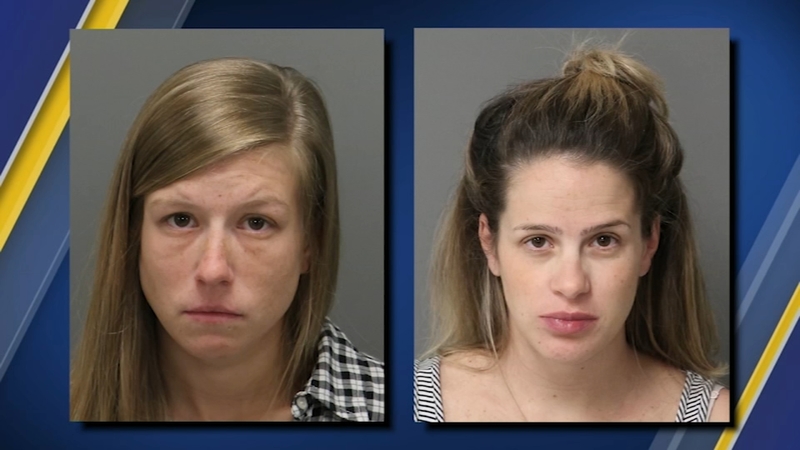 2 former Knightdale preschool employees charged with assault on a child

KNIGHTDALE, N.C. (WTVD) -- Two former employees at Knightdale Station Preschool have been charged with assault on a child.

On Aug. 21, Knightdale Police received a complaint from a mother reporting that a teacher pushed her now 3-year-old child down and threatened to strike the child.

Alexis Mahan and Kara Deserio, both 30, face charges of assault on a child

A warrant stated on Aug. 15, Deserio assaulted a child by "grabbing the child from a prone position by the arms and holding them up by the arms for about three seconds in that position."

The warrant also stated that Mahan assaulted a 2-year-old by "grabbing the child by the arms, picking them up, and forcefully thrusting them to the ground."

Police said the child was not injured and that it was an isolated incident, adding that both employees have since been fired from the preschool.

In the preschool's online Parent Handbook it writes, "Children will be welcomed into a warm and secure environment daily by the caregiver in their room..."

ABC11 went to both the homes of Mahan and Deserio but nobody answered their doors.

When asked to comment on the incident at the Knightdale preschool via phone call, a person answered and said they wouldn't be commenting and hung up.

One of the owners of the preschool, Dustin Tripp, is Assistant Town Manager for the Town of Knightdale.

"Those responsible for the care of our children hold a position of enormous trust. We expect them to render services compassionately and in accordance with the highest standards. I am confident that the administration and the employees of the daycare center will now work diligently to rebuild that trust."

About two weeks ago, Kimberly Boykin, a daycare worker at Widewaters Learning Center, less than three miles away, was charged with child abuse.