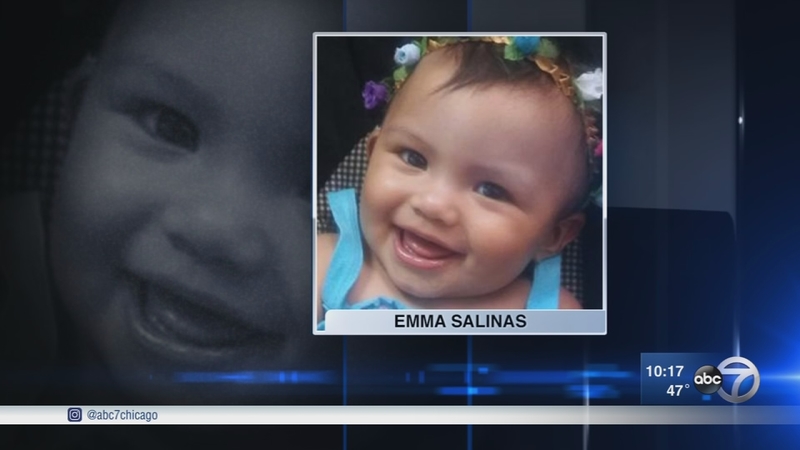 GARY, Indiana -- A 32-year-old Indiana woman was charged after a 21-month-old girl was found dead in her crib, police said Saturday.

Jamila S. Hodge, who was the toddler's foster mother, was charged with murder, aggravated battery, neglect of a dependent resulting in death, and other felonies, police said.

On Thursday, Gary police responded to a home in the 7500-block of Ash Avenue after receiving a call about an unresponsive child. The Lake County Coroner's Office pronounced the girl dead at the scene.

Angela Salinas, the toddler's biological mother, identified the girl as Emma Salinas. Salinas said her daughter appeared to be sick the day before she was found dead in her crib, and had asked that she be taken to the doctor.

"I saw her the night before. I had a visitation with my four kids. It was horrible. That was the last time I hugged her," Salinas said.

Salinas' four children were put in the same foster home in Gary after the Indiana Department of Child Services took them away after a domestic incident with her boyfriend in January 2016.

From the start, she felt something was wrong.
"My second oldest, she had a bruise by her eye and she didn't want to tell me. She was scared. And my son had a stye in his eye and he had bruises on them. And they wouldn't tell me anything. They were scared," Salinas said.

She said her concerns were dismissed and repeatedly told that her children were OK.

An autopsy Saturday did not provide information about the girl's injuries pending further investigation, but ruled her manner of death a homicide, the coroner's office said.

The Indiana Department of Child Services did not return requests for comment on Saturday.

Anyone with information about the incident is asked to contact Det. Kristopher Adams, of the Lake County/Gary Metro Homicide Unit, at 219-755-3855 or the Crime Tip Line at 866-CRIME-GP.