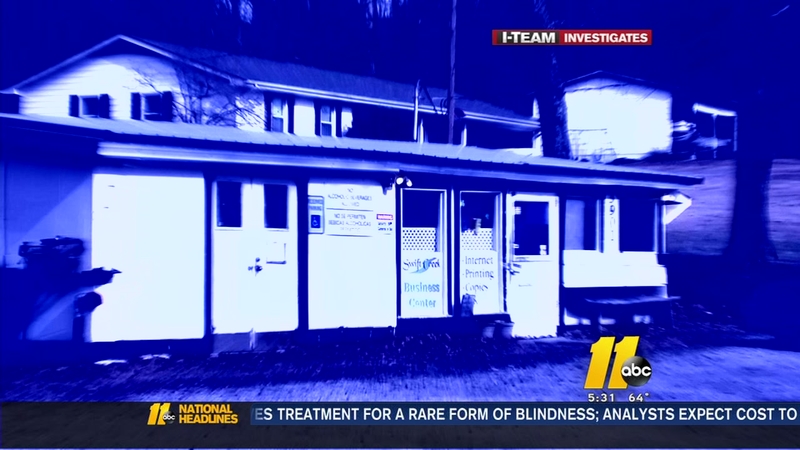 WAKE COUNTY (WTVD) -- They're usually off the beaten path; anonymous storefronts with darkened windows often called "business centers" or tucked in as part of "service centers." But where many people might not even notice them, law enforcement often knows right where they are.

There's been an ongoing debate about sweepstakes parlors in the Tar Heel State for years and law enforcement has been the tip of the spear.

State lawmakers have tried to ban digital video sweepstakes multiple times but the industry has modified its games to work around state law.

"There's a lot of shifting sand here," observed Wake County District Attorney Lorrin Freeman. "The challenge for the legislature in this area is that there are games, or types of games, that have been expressly found to be lawful and legal."

Freeman has successfully brought just one case against a sweepstakes parlor for illegal games.

She said because of the nuances in the law and the determination of the sweepstakes industry to get around it, it can take significant resources to prosecute a parlor proprietor.

"You have officers literally go into these locations, play the games in an undercover capacity, video these games, how they actually operate. It's very time-consuming. Unless this is their area of expertise, it is difficult to know and it's important."

But Freeman said what's worse than the games at these parlors can be the atmosphere they create.

Like many businesses that deal with high amounts of cash, sweepstakes rooms can become targets for crime.

"We talk about relative harms," she said. "Certainly anytime we're talking about armed robbery and violence, that becomes a greater concern to us."

The I-Team reached out to several potential advocates for the industry but was unable to find anyone to talk on the record.

The NC State Lottery has also been considering online games that resemble scratch-offs.

Lottery spokesperson Kathlene Jacobs said, "There is a substantial difference between digital instant games offered by a state lottery and video sweepstakes. There would be regulation and limits on play. The lottery is committed to promoting responsible play and does not implement new methods of playing games without significant study. If digital instant tickets are approved it would be close to two years before they would be available."

"We're committed in all of our sales to study and understand what would make someone play more than they should. In the end, you have to be where the consumers want you to be. Everything's going digital, and the lottery industry is not going to be immune to that."