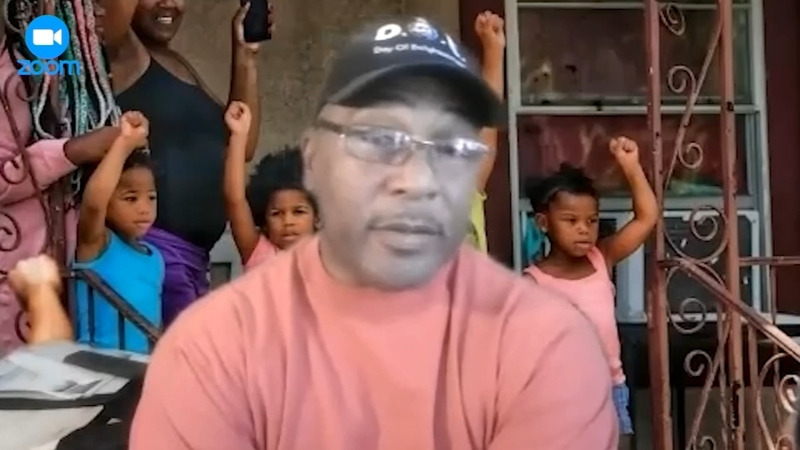 RALEIGH, N.C. (WTVD) -- The family of George Floyd wants guilty verdicts across the board for all three officers who stood by as he was murdered.

Roger Floyd, George Floyd's uncle, told ABC11 that given the dark history of the criminal justice system, police brutality and ethnic minority communities, the outcome of the Derek Chauvin criminal trial didn't look favorable as it began. He was hopeful then and again this time around as the civil rights trial got underway.

"There's no difference. You are guilty. You were complicit," said Roger Floyd. "There was no conversation among the officers. No one used any real rationale to assess the situation in that unfortunate and tragic outcome."

He and his nephew Thomas McLaurin recalled the viral video of former Minneapolis police officer Chauvin's knee on George Floyd's neck. Thomas Lane, J. Alexander Kueng and Tao Thao were the other officers who responded to the scene where Floyd was accused of passing a counterfeit $20 bill.

"Even though they did not technically have their knee on George's neck, they didn't take the knee off his neck either," said McLaurin. "They did nothing to protect and serve George."

The pair, along with other family members, have made it their mission to turn Floyd's death into triumph.

NEW TONIGHT: The federal trial for three former officers charged in George Floyd’s death starts today. I asked Floyd’s uncle Roger and first cousin Thomas what would justice look like in this case. Their answer only on #ABC11 at 5:30. pic.twitter.com/xvpBZwdDUo

At the trial on Monday, prosecutors accused those three other former Minneapolis police officers of standing by as Chauvin "slowly killed George Floyd right in front of them."

A defense attorney countered that Chauvin called "all of the shots" as the senior officer at the scene, and criticized the Minneapolis Police Department for doing too little to train officers to intervene when a colleague should be stopped.

Kueng, Lane and Thao are broadly charged with depriving Floyd of his civil rights while acting under government authority.

Lane, Kueng and Thao also face a separate state trial in June on charges they aided and abetted both murder and manslaughter.