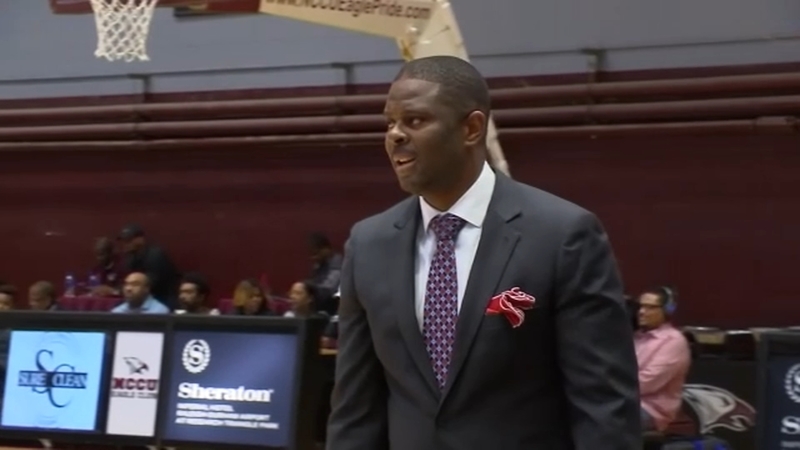 "It was almost like having PTSD toward that situation," he said. "We've seen it, experienced it and witnessed it for so many years. When is enough, enough?"

The North Carolina Central basketball head coach has his own story of a harrowing experience with police.

In 2005, Moton was a college graduate, the men's basketball coach at Sanderson High School and an AAU coach. He was driving around with his friend, UNC national champion guard Raymond Felton, when they were stopped by Raleigh police officers looking for "dope boys."

"He snatches me out the car, and his partner has a gun pointed at my head, and he's yelling all these expletives and cussing and so on and so forth," Moton said. "He slams me down, and he's telling me I need to reach out and get my driver's license, registration and I told him I'm not doing that for you to shoot with because I've seen this movie way too many times. "

This George Floyd issue has triggered my anxiety disorder. In May 2005, I was driving through my old neighborhood in my truck (which had tented windows) and Raymond Felton was a passenger. In my rearview, i notice a cop following me. I'm on the phone with my mom & she says"Cont'd

Moton said the police asked to search his car and after he asked why, they called for backup.

"Fortunately for us, the backup cop that was in the passenger seat recognized Ray. And he recognized me," Moton recalled. "After a couple of more minutes they end up letting us go and he came up, and he said -- I'll never forget the initial cop -- he said, 'man, I'm sorry, you just fit the description.' And he said we got a call about some "dope boys" and that's why we were acting the way we were."

Moton never shared his story because he didn't want it to negatively affect Felton's NBA draft profile. Thursday, that changed when Moton took to Twitter hoping to inspire other public figures to speak up.

"The primary reason that I tweeted that is to get the population who may not see those circumstances realize that this is not just a movie," Moton said. "This is people that you can touch that are six degrees separated from you. They've actually been through these things regardless of if you see me as a basketball coach, a D1 coach, whatever, I'm a man first and these are the circumstances, the environment that I come from, and I want you to understand that."

Moton said he doesn't like thinking about what could have happened had the police not recognized him or Felton. Those feelings are still raw 15 years later and he said change begins when people stop being in denial.