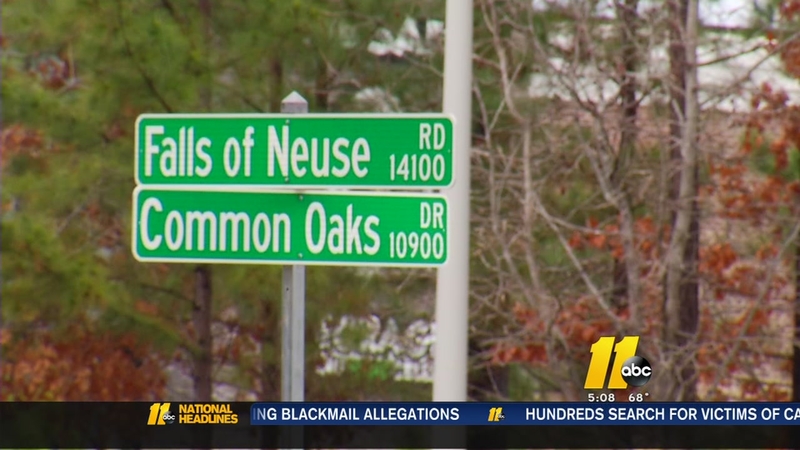 RALEIGH, NC (WTVD) -- A Wake County school bus and GoTriangle bus were both hit in drive-by BB gun attacks, according to Raleigh Police.

Two windows on a Wakefield High School bus were blown out with a BB gun.

"I heard the shatter, and I see this little hole in the window, and then the window is completely cracked, and I got glass on my legs, said student Alyssa Patterson, who was sitting right next to that window.

"I wasn't hurt," Patterson, 17, added. "I was completely fine, and then I was like, we have to move to the other seat, and the window fell."

She said her school bus was in full motion when it was hit Thursday. It happened on New Falls of Neuse Road near Wake Commons, according to police. No students were seriously hurt.

One upset parent (with a student on that bus) took to Facebook and said her freshman daughter won't be riding on there anymore.

It wasn't the only BB gun drive-by in the City of Oaks on Thursday.

Raleigh resident Regina Applewhite said she and her boyfriend were both patiently waiting for a GoTriangle bus when BBs started to rain down.

"We were sitting there talking to another man, and two dudes in a Ford Focus they came by and pointed the gun - pow, pow - hit me in the leg, and my boyfriend, he got hit in the head like five times, but he didn't get no bruise," Applewhite said.

After hopping on the bus, she said she snapped several photos of the attackers.

Police said a GoTriangle bus and another vehicle were hit by BBs, on New Hope Church Road in Raleigh.

"I was scared because I don't bother nobody," Applewhite said. "I stick by myself."

Two suspects, Malik Brown and Keenan Byrd, both 21, have been arrested in that shooting.