Officials say a 67-year-old man from Pamlico County fell off a ladder preparing for the hurricane.

Governor Roy Cooper is offering his condolences.He touched down on Ocracoke Island, where folks are reeling. He spent Saturday touring some of the areas hit hardest by the storm. 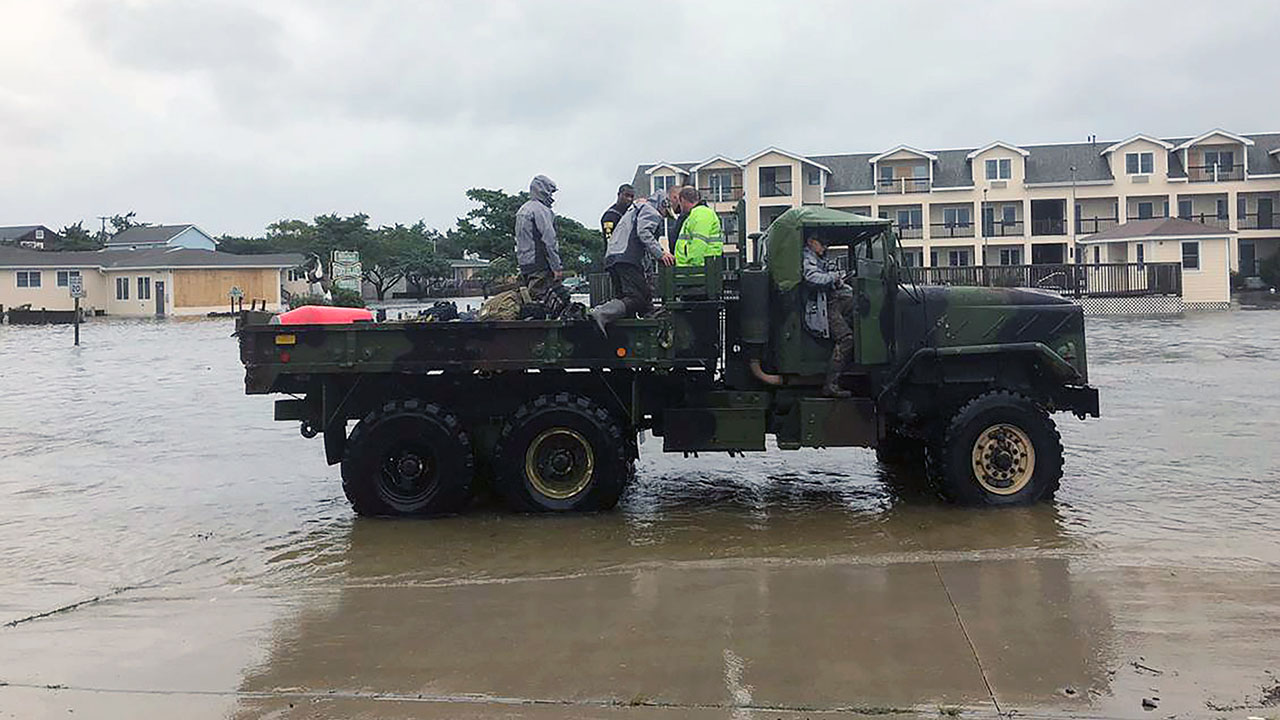 Hyde County officials, Sheriff Guire Cahoon and 3 deputies, and Hyde County Manager Kris Noble arrive at the fire company after having been helicoptered in over Ocracoke Island.

"There was somewhat of a state of shock from the significant storm surge they saw coming in," he said.

The storm pushing water through streets. People were trapped in their homes and some were climbing in attics trying to escape.Roughly 800 residents were stranded.
"The storm surge came mostly from the sound side very quickly," said Cooper.

The National Guard has been flying in supplies, food and water. Officials don't believe there were any serious injuries or deaths. As a precaution, search and rescue teams are in the process of going door-to-door to check.

"People are pulling together to help each other," said Cooper. 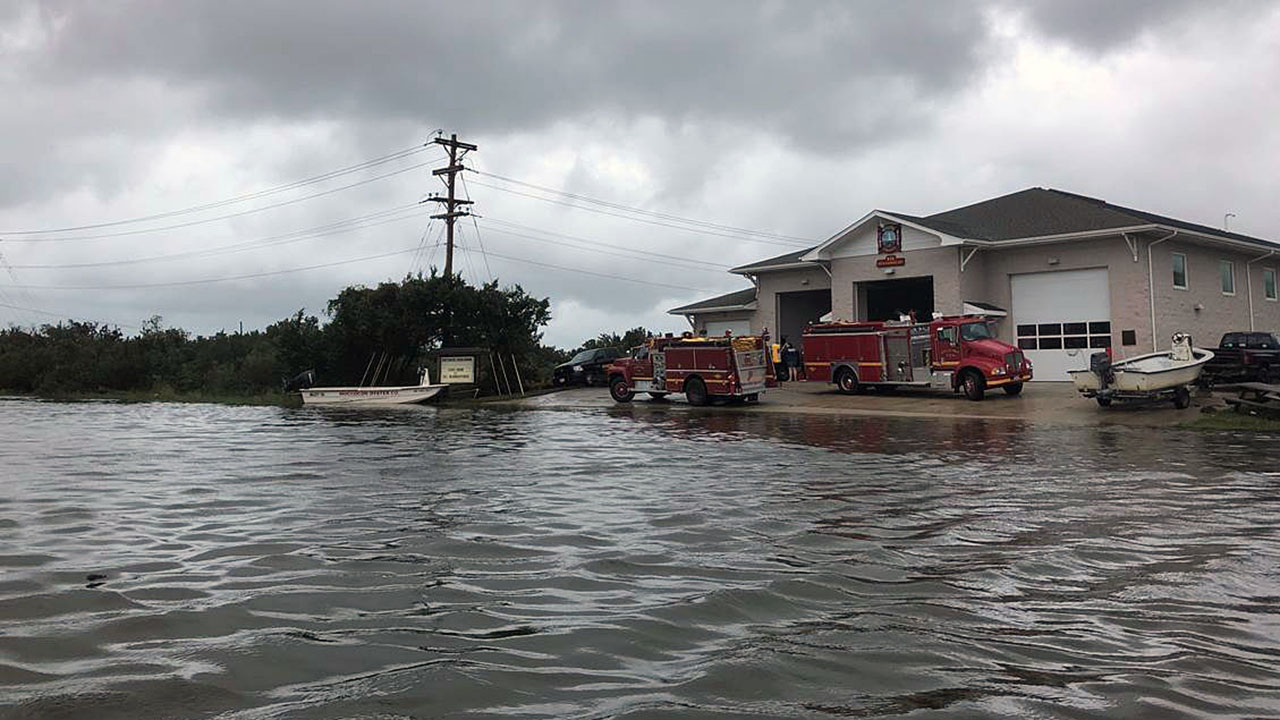 The Ocracoke Village Fire Department is used as a command center Friday, Sept. 6 on Ocracoke Island.

Dorian left destruction elsewhere. A whirling tornado walloped a community in Emerald Isle. There was severe damage on NC 12. There are cracks and ripples now in the highway. 45,000 people across the state are still without power, mostly in Dare and Hyde counties. Officials says the power on Ocracoke Island could be come back in the next several days.