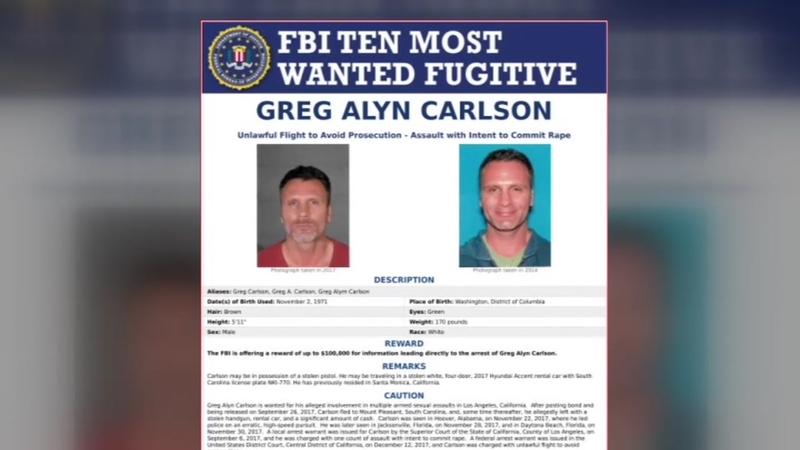 APEX, N.C. (WTVD) -- An FBI Top 10 fugitive wanted in connection with a string of violent sexual assaults in California was killed Wednesday in an officer-involved shooting in Apex.

At a news conference in California, FBI officials said 47-year-old Greg Alyn Carlson was shot and killed during an altercation with authorities at an Apex motel. 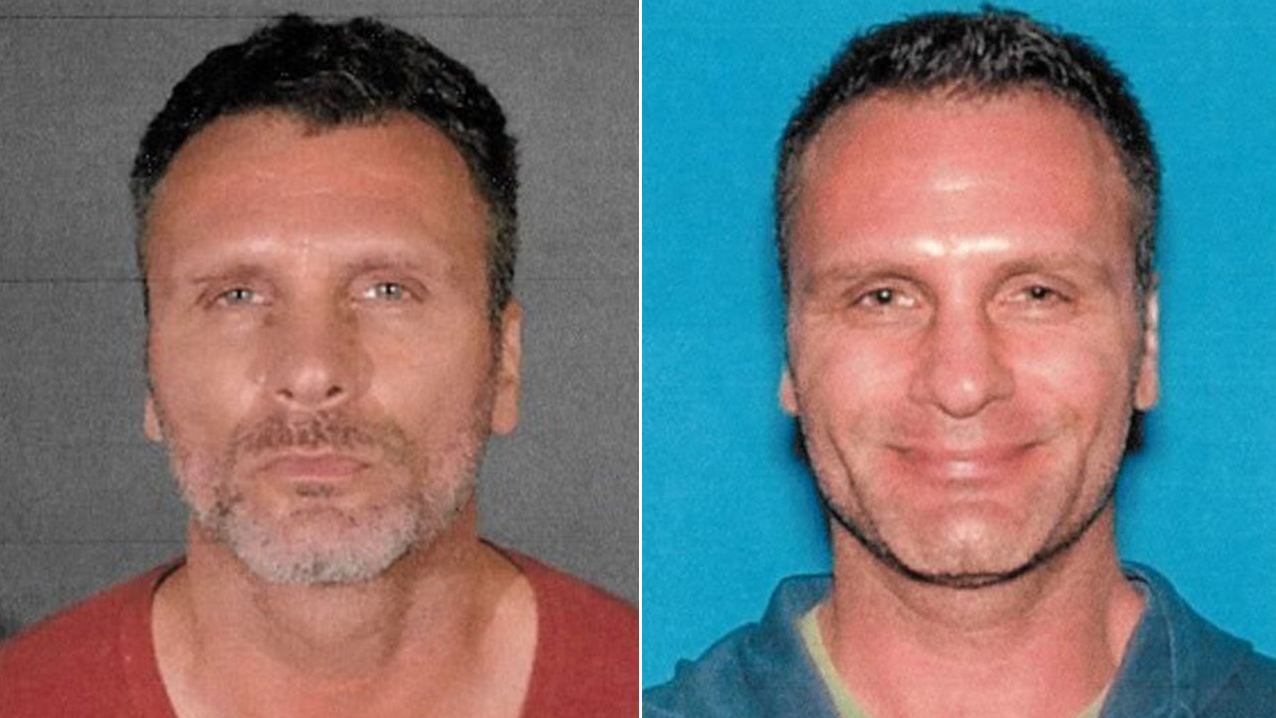 The FBI and Apex Police went to check out a tip that the suspect was staying at the Woodspring Suites at 901 Lufkin Road.

During the arrest attempt, authorities said Carlson, who was armed, was shot and killed.

Carlson, who was originally from Washington, D.C., was suspected of committing burglary on July 13, 2017, and attempting to rape a woman while using a weapon, KABC reported. An arrest warrant was issued on Sept. 3, and three days later he was charged with burglary, assault with intent to commit rape and assault with a deadly weapon.

He posted a $1 million bond that was secured with his mother's home. Authorities said he then fled to a family home in South Carolina, where he again fled with a gun, rental car and cash.

Authorities said he indicated he would not return to Los Angeles to face prosecution. He was last spotted in South Carolina in November.

Investigators said that Carlson may have been responsible for other sexual assaults in the Los Angeles area.

An FBI spokesperson told ABC11 it is not yet known whether Carlson may have committed similar crimes in the Carolinas.

"We have very few details about where he was or what he was doing," said Special Agent John Strong. "There will be thorough investigation conducted to determine what he was up to, if he committed any other crimes, why he was on the run..."