Was it the Grinch? Knightdale family has lights stolen 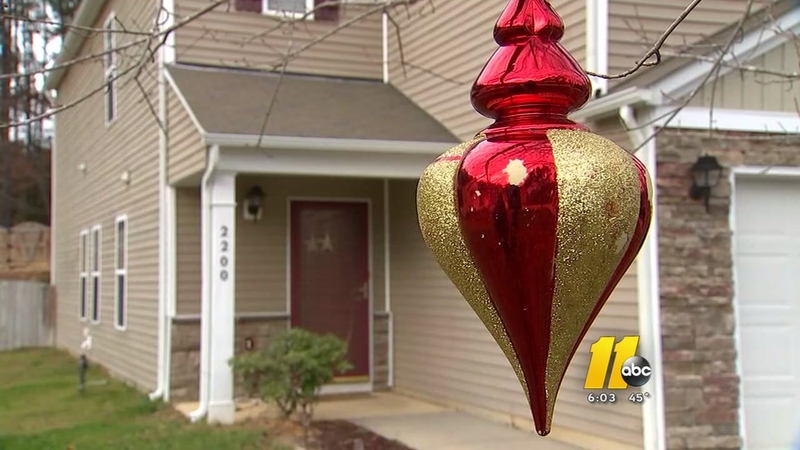 KNIGHTDALE, North Carolina (WTVD) -- This mean one really was a bad banana with a greasy black peel, ripping down the icicle lights with a motive to steal.

"One part of me says don't let this ruin the Christmas spirit I wanted to have," Jennifer Plompen told ABC11, a day after discovering her lights were ripped down from her front porch. "The other part of me says outside lights aren't for me, they're for everyone else in the community. But if this is what happens in your community, how do you put up lights again?"

Plompen said she has lived in Knightdale's Amber Ridge neighborhood for nearly seven years and first started putting up lights in 2014. Indeed, the lights were not expensive and not irreplaceable, but the theft still affects her sense of security.

Despite her disappointment, Plompen says she won't file a police report because she doesn't want to distract police from a "real emergency."