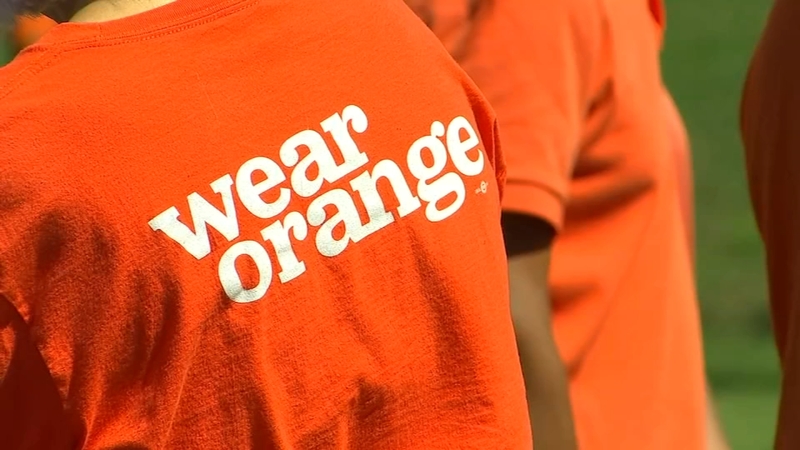 Among them was Sylvia Burns from Moms Demand Action of Gun Sense, with a message to current owners of firearms.

"We're not taking your guns away! We're here to address gun violence. We've got an epidemic in this country. We need to do something about it now. We need everybody listening to text their U.S. Senators Burr and Tillis and get them to do the right thing next week when they're back in session," Burns said.

Several current and former law officers in the crowd, aware of the public's reaction to recent mass shootings in Tulsa, Uvalde Texas and Buffalo New York, also want something done to stem the tide of gun violence.

"And to this day, her assailant was never identified, never brought to justice. So, this is a cause that is extremely near and dear to my heart," McNeil said.

Tony Cope is another advocate who urges responsible gun owners to secure their weapons.

"Three hundred guns were stolen out of cars last year in Raleigh. Reported, so it's probably more. Over half are stolen from unlocked cars. You're just gifting your guns to the criminals," said Cope.

According to Raleigh police chief Estella Patterson, the Raleigh Police Department has confiscated over 570 guns.

"That is a 62% increase from this time last year alone. And we're gonna continue to do that," Patterson said. "And while we're making this progress, please, please, please, if you own a gun, if you carry a gun, we ask that you secure those weapons and not leave them where they can be stolen or taken. Please make sure that they are secure."