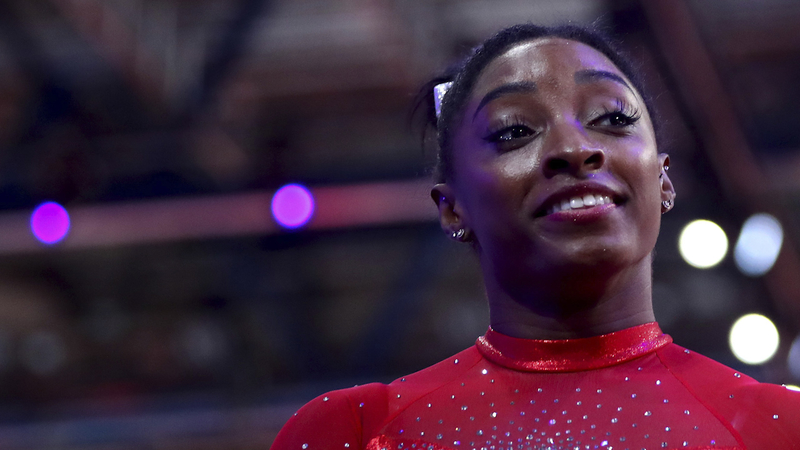 Gymnast Simone Biles may be preparing for the 2020 Summer Olympics, but the ongoing sex assault scandal is not far from her mind.

While heading to the mandatory US women's training camp in Indianapolis, Biles tweeted, in part, "Still want answers from USAG and USOPC. Wish they BOTH wanted an independent investigation as much as the survivors & I do."

Ugh at the airport. Heading to team camp. Still want answers from USAG and USOPC. Wish they BOTH wanted an independent investigation as much as the survivors & I do. Anxiety high. Hard not to think about everything that I DON’T WANT TO THINK ABOUT!!!

And don’t THEY also want to know HOW everything was allowed to happen and WHO let it happen so it NEVER HAPPENS AGAIN? Shouldn’t people be held accountable? Who do I ask??? I’m torn at this point....

Biles' tweets come after the announcement of a proposal from USA gymnastics for settling hundreds of lawsuits over its failure to protect athletes from former team doctor Larry Nassar.

The proposal would release US Olympic officials, former coaches Marth and Bela Karolyi, and others from liability, and it wouldn't disclose who at USA gymnastics was aware of and hid Nassar's abuse.

Biles received a lot of support from her supports and Rachael Denhollander, the former gymnast who first publicly accused Nassar of sexual abuse in August 2016.

I stand with Simone, and every other courageous survivor.

Hey sponsors, @NBCSports and all of you, when are you going to take the abuse of athletes seriously and stop funding organizations who facilitate and harbor abusers? These athletes deserve so much better. https://t.co/3TUZTqynXe