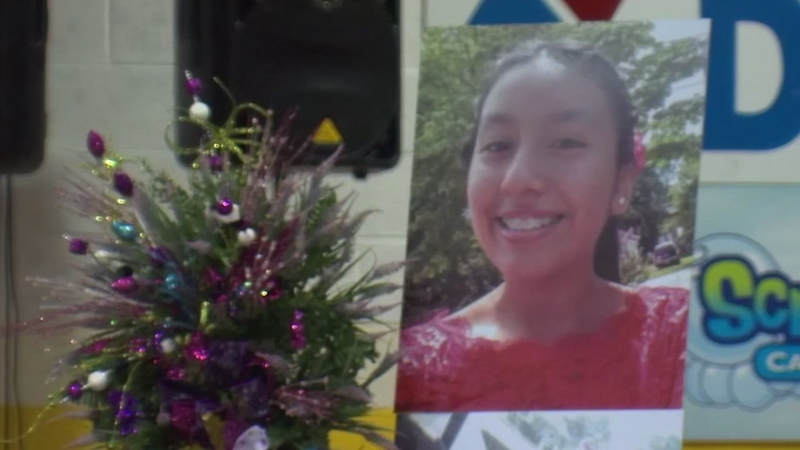 Fired Robeson County detective tells his side on social media

LUMBERTON, N.C. (WTVD) -- One of two Robeson County Sheriff's deputies forced out after the Hania Aguilar case is speaking out.

Former Sgt. Darryl McPhatter took to Facebook to tell his side more than a month after being fired for what his termination letter describes as "failure to comply with the high standard of conduct."

In December, Sheriff Burnis Wilkins launched an internal investigation into why DNA evidence naming Michael McClellan as a rape suspect in a 2016 case wasn't processed.

"In all likelihood, had (the 2016 rape investigation) gone forward and we established a case against (McLellan) at that time, Hania would not have died," District Attorney Johnson Britt told ABC11 after McLellan's first court appearance.

On Facebook, McPhatter wrote "The administration knows the DNA hit from the 2016 case was located in someone else's office along with other DNA hits from other cases and it was never passed over to me."

Wilkins told the ABC11 I-team in January that big changes were on the way in his department.

"It angers me and I've got to deal with it," Wilkins said. "To know that that happened, to know the reports didn't follow the proper channels that further investigation wasn't done, interviews weren't done properly -- I have a major issue with that."

ABC11 attempted to talk with McPhatter both by phone and Facebook but was not able to reach him.

His Facebook post went on to say "I wish I would've received that DNA hit in 2017, that maybe Hania Aguilar would still be with her family,"